Vedishchev had stolen the bible from a safe at Moscow University, where he was responsible for security 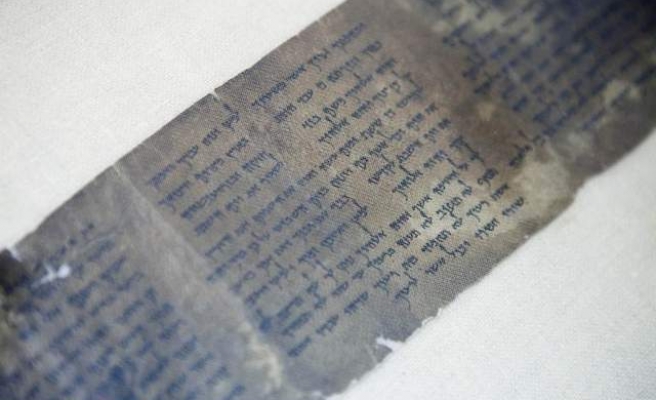 A colonel in Russia's FSB security service has been jailed for stealing a rare bible by 15th century German printer Johannes Gutenberg and trying to sell it for about $1.15 million, a fraction of its true value, a court spokeswoman said on Friday.

Sergei Vedishchev was sentenced on Thursday to 3-1/2 years in a penal colony, and two other FSB officers received lesser terms for helping him seek a buyer for the two-volume bible, spokeswoman Irina Zhirnova said.

She said Vedishchev had stolen the bible from a safe at Moscow University, where he was responsible for security.

He and his two accomplices arranged to sell the two volumes to a collector for 40 million roubles ($1.15 million), but were arrested in May 2013 after arranging to meet him in a restaurant near Moscow, in a sting operation arranged by the FSB.

Zhirnova said the rare bible was 'priceless', and experts judged it would fetch at least 15 million euros ($20.4 million), and maybe significantly more, if ever put up for auction.

"These people were not art specialists," she said. "It just happened that one of them got access to this rare book and then they set about thinking about how to cash in."

Confirming a report in Kommersant newspaper, she said the bible would now have to undergo repair to a damaged page.

"They cut out a small piece for the buyer to check the authenticity, that it wasn't forged," she said.

Working in the German city of Mainz in the mid-15th century, Gutenberg developed a system of moveable type that made it possible to print multiple copies of the same text quickly. His invention is considered one of the most important technical advances in history.

The volumes taken by Vedishchev were brought to Russia by Soviet troops who took them from Leipzig at the end of World War Two, according to Kommersant's report.

Of his two FSB accomplices, major Mikhail Lepkov was sentenced to a year and two months and captain Viktor Puchka got one year, but was released on Thursday, having already served that time during the investigation.

Zhirnova said the court had taken into account mitigating factors, including that all three men had good previous service records, two had young children, and Vedishchev had a seriously ill mother.