Russian journalist murder witnesses to be questioned behind closed doors

Journalist Politkovskaya had reported widely on human rights abuses in Chechnya and was a vocal critic of the republic’s leader Ramzan Kadyrov and Russia’s President Vladimir Putin. 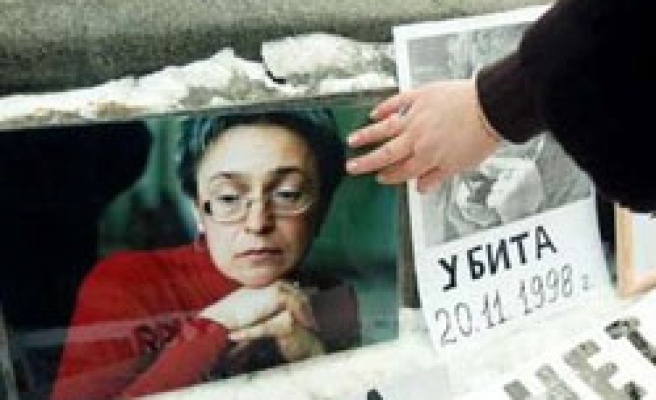 Four witnesses in the trial of the men accused of killing investigative Russian journalist Anna Politkovskaya will be questioned behind closed doors, the prosecutor in the case said Tuesday.

The testimonies of these witnesses are classified top secret, meaning that they cannot be heard by journalists and the wider audience, Prosecutor Maria Semyonenko said. She did not explain why the evidence was classified.

Politkovskaya, who wrote for the Novaya Gazeta newspaper, was shot dead in her apartment building on October 7, 2006.

She had reported widely on human rights abuses in Chechnya and was a vocal critic of the republic’s leader Ramzan Kadyrov and Russia’s President Vladimir Putin.

The five suspects, who have pleaded not guilty, include former police officer Sergei Khadzhikurbanov; three Makhmudov brothers – Rustam, Ibragim, and Dzhabrail – and their uncle Lom-Ali Gaitukayev.

A sixth suspect, former police officer Dmitry Pavlyuchenkov, who earlier signed a plea bargain, gave evidence against his accomplices and was sentenced to 11 years in prison in December 2012.

Investigators believe that Rustam Makhmudov committed the murder with the help of his brothers, their uncle and Khadzhikurbanov.

Three of the five suspects standing trial at the Moscow City Court – Ibragim and Dzhabrail Makhmudov and Sergei Khadzhikurbanov – were tried and acquitted in a jury trial in 2009. The Supreme Court overturned the ruling and ordered a retrial. Prosecutors have failed to identify the mastermind behind the killing.