The move came a day after Moscow named nine US media outlets including Voice of America and Radio Free Europe/Radio Liberty "foreign agents" after RT was forced to accept the same status in the US. 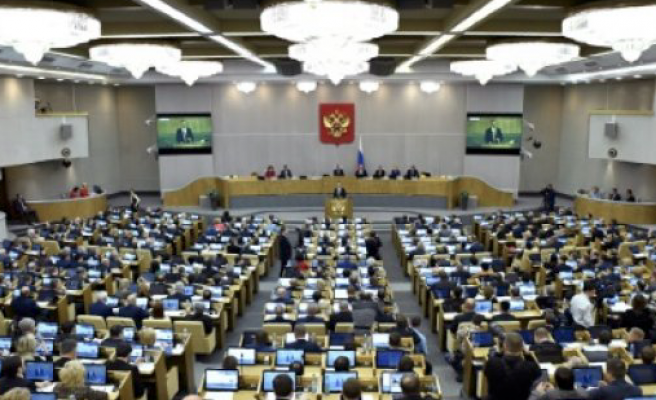 Russian lawmakers on Wednesday voted to ban US media labelled as "foreign agents" from accessing the lower house of parliament in response to the US Congress stripping state channel RT of its credentials.

"In the defence of democratic values, deputies of the State Duma reserve the right to take symmetrical measures in connection with the decision to strip a number of Russian journalists of their accreditation to the US congress," Russian news agencies cited the decision as saying.

The decision was backed by 413 deputies, with just one voting against it. On Tuesday Russia's upper house of parliament also barred access to US media named "foreign agents."

The ban is the latest development in the row over accusations Moscow interfered in US presidential elections last year.

Russia has vehemently denied the claims.

Washington views RT as a propaganda arm of the Kremlin.

There are some 20 American media outlets accredited to work in Russia, according to the website of the foreign ministry which keeps the register and issues documents to journalists.

Those branded "foreign agents" have to present themselves as such on all paperwork and submit to intensive scrutiny of their staffing and financing.