Drill to be managed from Russia's naval base in Crimea, located at former headquarters of Ukrainian navy in Sevastopol 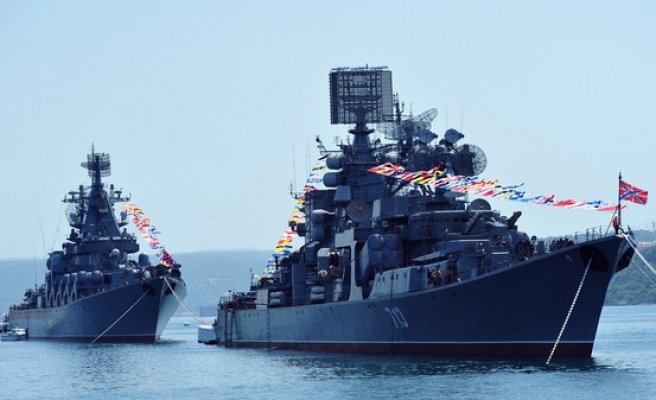 Russia said Monday its navy is holding drills off the coast of Crimea to practise thwarting an attack on the Black Sea peninsula it annexed from Ukraine last year.

"Today and tomorrow ships... will practise the organisation of repelling strikes by the enemy from the air in the Black Sea fleet's naval range near the Crimean coast," fleet spokesman Nikolai Voskresensky was quoted by Russian news agencies as saying

The drill will include the navy's guided missile hovercraft Samum and several smaller ships, as well as Su-24 bombers, he said, and will finish by launching a cruise missile strike.

The drill will be managed from Russia's naval base in Crimea, located at the former headquarters of the Ukrainian navy in Sevastopol.

Russian forces took over Ukrainian military bases on the peninsula after the Kremlin seized the region in March 2014. Ukraine lost nearly all of its fleet which is now part of the Russian base.

Elsewhere, Russia's only aircraft carrier Admiral Kuznetsov on Monday engaged in an artillery exercise in the Barents Sea bordering NATO member Norway, taking down a target with a missile.

Russia has dramatically ramped up the number of military drills it conducts as relations with the West have slumped to their lowest point since the Cold War over the Ukraine crisis.

Moscow is also currently conducting a bombing campaign in Syria to back forces loyal to its long-standing ally President Bashar al-Assad.