The Yak-42 aircraft was headed from the city north of Moscow to Minsk in Belarus when it crashed, an official at state aviation agency Rosaviatsia said. 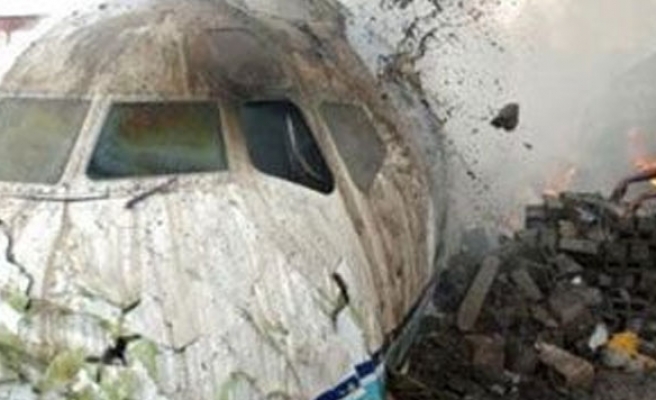 A passenger plane carrying a Russian ice hockey team crashed shortly after takeoff near the city of Yaroslavl on Wednesday, killing 36 of the 37 people on board, officials said.

The Yak-42 aircraft was headed from the city north of Moscow to Minsk in Belarus when it crashed, an official at state aviation agency Rosaviatsia said. The official said 36 people were killed and one was injured.

The plane was carrying members of a Continental Hockey League (KHL) hockey team based in Yaroslavl, Lokomotiv, to a match in Minsk, Belarus, KHL president Alexander Medvedev said in televised comments.

"There has been a terrible tragedy," Medvedev said after the opening match of the league's season in the city of Ufa was interrupted when news of the crash came. He announced a minute of silence and postponed the match.

Interfax cited a security official as saying the plane caught fire after the crash near the airport outside Yaroslavl, 250 km (150 miles) north of Moscow. Citing a Rosaviatsia official, Interfax reported that the plane had trouble gaining altitude and hit an antenna near the runway.

The crash occurred while Russia was hosting an international political forum in Yaroslavl that President Dmitry Medvedev was expected to address this week. Medvedev's spokeswoman, Natalya Timakova, said he expressed his condolences and would alter his plans for the forum.

There was no immediate word on the identity of the victims. Lokomotiv's roster includes European and NHL stars, among them Czech national side players Karel Ranuchek, Jan Marek and Josef Vasicek, Slovakia's legend Pavol Demitra and Swedish goalkeeper Liv Stefan, according to the KHL.

Its head coach is Canadian former Detroit Red Wings assistant Brad McCrimmon, according to the KHL.

The plane crash was the deadlkiest in Russia since a Tupolev Tu-134 jet crashed while trying to land in fog in the northern city of Petrozavodsk, killing 45.