At least two people have been killed and two others wounded in an attack at a hydroelectric power plant in North Caucasus region, RusHydro, Russia said. 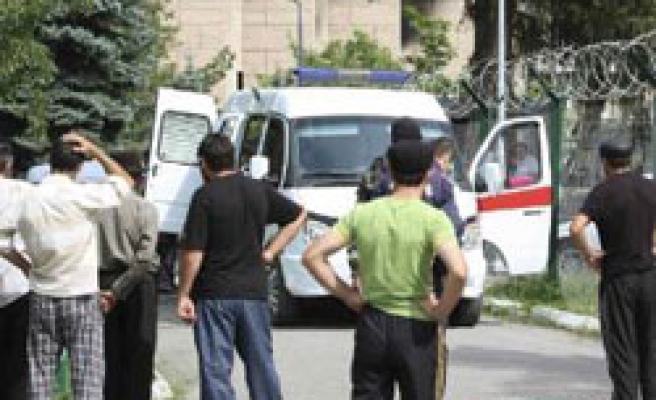 At least two people have been killed and two others wounded in an attack at a hydroelectric power plant in Russia's North Caucasus region, RusHydro, the company that runs the plant has said.

Four armed people attacked the Baksanskaya station, a plant in the Kabardino-Balkaria region run by state controlled Rushydro, at 0100 GMT, shooting two security guards in a gun fight before laying several bombs in the turbine hall.

"As a result of the explosions three generators and other technical equipment were put out of service," the Kremlin said in a statement. "The station's work was temporarily halted."

State television showed firemen fighting a raging blaze and smoke billowing above the dam. Local media said it took almost three hours to contain the fire that followed the blast.

Shares in Rushydro fell 1.5 percent at the market open, but swiftly recovered and were up 0.25 percent above Tuesday's close by 0740 GMT.

"According to preliminary information, a terrorist act was the cause of the explosion and of the fire. Two guards died, two other people have been taken to hospital," Rushydro said.

Russian President Dmitry Medvedev has been informed about the attack and Federal Security Service chief Alexander Bortnikov said security at major installations in the region had been increased, a Kremlin spokeswoman said.

Baksanskaya is a relatively small plant built in the 1930s during the Soviet Union's industrialisation drive. It has an installed capacity of 25 megawatts, which is less than half a percent of the capacity of the Sayano-Shushenskaya dam.