﻿While extremism is on the decline in Western Europe, it is on the increase in Russia, where right-wingers have killed at least 600 people since 2004. 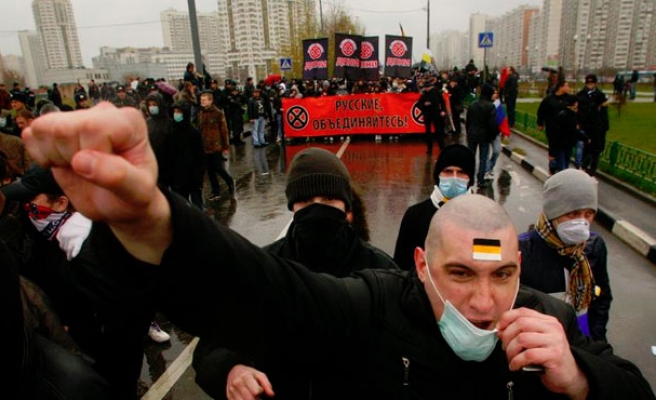 Right-wing extremists have killed six hundred people in Russia since 2004. But there are also numerous unrecorded cases.

Johannes Due Enstad at the Norwegian Defence Research Establishment (FFI) and colleague Jacob Ravndal are heading efforts at the institute to build a leading research group on terrorism.

Most of their work consists of upgrading data and statistics. The researchers also keep an eye on websites and web debates, as well as observing target groups in the field.

With the exception of Sweden and Finland, their data shows that the level of violence from extreme right groups is generally stable or declining in Western Europe, and they are trying to understand why Russia is moving in the opposite direction.

Russians on the extreme right is chiefly aimed at immigrants from Central Asia and the Caucasus, whom they claim are in the process of colonizing lighter-skinned or white, European Russia.

Western neo-Nazis and right extremists maintain contact with like-minded groups in Russia which makes Norwegian researchers think the strikingly high level of violence in Russia over the past 15 years should definitely concern the West.

Enstad has looked the bombing and mass shootings in and near Oslo in 2011, which was done by Anders Behring Breivik, which has been received by people on the extreme right in Russia. He says their reactions are very different from those of cohorts in Western Europe.

“He is a fabulous person. I admire him immensely,” said one of Russia’s more notorious neo-Nazis, Maksim “Tesak” Martsinkevitsj, about Breivik during an interview. His expressed regret was that Breivik didn’t have a video camera mounted on his weapon when he walked around murdering children and young adults at the Norwegian Labour Party Youth summer camp at the island Utøya. “That was a great operation that we would have loved to view,” added Tesak.

40 percent of the Russian population supports these marches such as the annual nationalist “Russian March” that took place in 2012, where participants were observed shouting “Slava Brejviku” (“Praise Breivik”).

“We generally see right-wing extremist demonstrations met with counter-demonstrations in Western European countries, but this kind of resistance is not so apparent in Russia,” says Enstad.

The researchers at FFI want to get an understanding of factors that separate violent activists from non-violent ones. However, FFI is hanging by a hair because of insufficient financing.