After a day of relative calm, the ruble continued on a downward spiral, falling past 80.1 rubles against the dollar 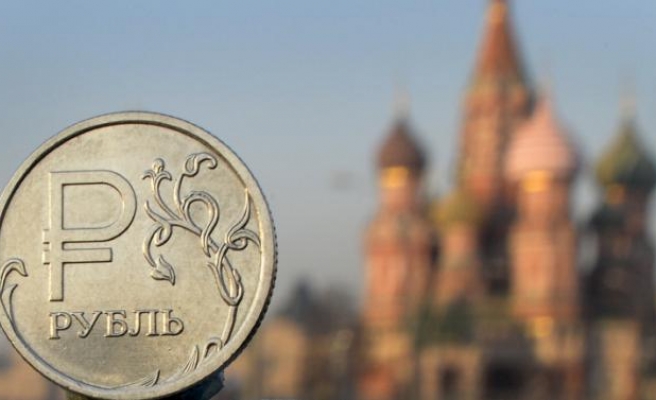 The ruble hit a historic low on Wednesday as the dollar climbed past the 80.1 rubles level for the first time, exceeding the levels seen during the shock plunge of the Russian currency in December 2014.

After a day of relative calm, the ruble resumed its downward spiral, breaking through the previous record low it hit on December 16, 2014, as oil prices, key to Russia's economy, test 12-year lows.

The ruble was also trading at 87.6 against the euro as Asian and European markets suffered another rout.

Gas and oil account for more than a half of the Russian budget revenues.

"The market will be generally driven by global economic sentiment, which does not exactly look hopeful at the moment," Alfa Bank said in a note to clients on Wednesday.

In December 2014, the Russian currency crashed to unprecedented lows, trading at over 80 rubles to the dollar and 100 to the euro.

Western sanctions over the Kremlin's support for the separatist insurgency in Ukraine have all but closed access to foreign borrowing for Russia and exacerbated the crisis.

The worsening economic outlook amid falling oil prices presents a serious challenge for President Vladimir Putin, whose pact with voters has been based on years of economic stability and relative prosperity.

The International Monetary Fund on Tuesday downgraded its forecast for Russia, predicting that the country's economy would contract by 1 percent this year.

The IMF warned that slower Chinese growth, a stronger US dollar, the collapse in oil prices and political turmoil could all wreak further havoc in struggling economies like Russia's.

Prime Minister Dmitry Medvedev has said that while the government will seek to honour its social obligations, it will have to "considerably cut" spending.

Igor Nikolayev, director of the FBK Grant Thornton Institute of Strategic Analysis, said the plunge in the ruble did not bode well for the economy as it exacerbated financial risk, leading to lower investment.

"Even an ordinary person already understands -- if the ruble falls, prices will grow and life will become harder."