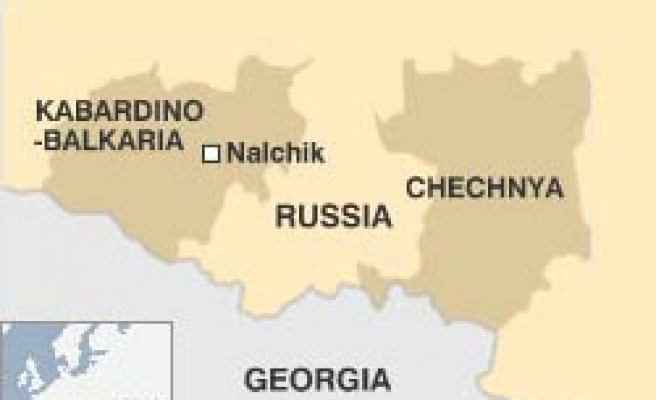 The suspected fighters, besieged overnight in a five-storey residential building in the regional capital of Nalchik, were suspected of attacks on police, the news agency said.

The region has been largely untouched in recent years by the spreading anti-Russia movement in the mainly Muslim North Caucasus where low level insurgency still ccontinues after the Russian war in Chechnya.

One of the most populous regions in the mainly Muslim north Caucasus Chechnya declared independency after the collapse of the Soviet Union in 1991 but was attacked by Russian forces in two wars since the mid-1990s.

ITAR-TASS also quoted a police spokesman as saying on Saturday that five rebels were killed in the Dagestan operation and police were still pursuing a further 10 in a forest.

Local media said Suleiman Gadzhimuradov, head of the election commission in the Novolaksky region of Dagestan, died in hospital from wounds he suffered when he was shot in the chest at his home by several intruders overnight.

Amnesty International also said in its 2009 report on Caucasus that what Kremlin says the counter-terrorism operation that the Russian authorities declared there gave a green light to human right violations by government forces especially in Chechnya.