The move comes just days after the Crimean Tatar community was evicted from their parliament building in Simferopol. 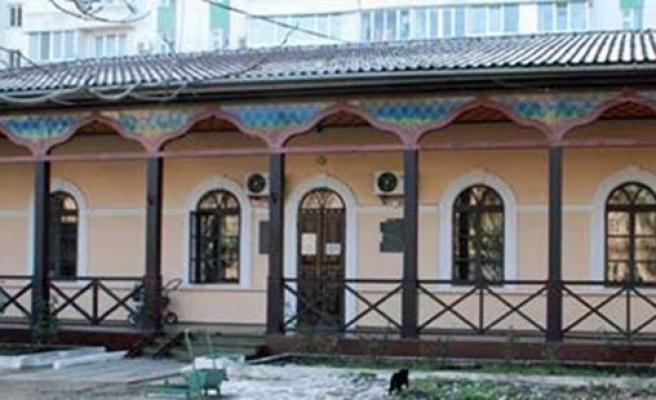 Russian authorities in Crimea have declared that they will be liquidating the Ismail Gasprinsky library, which belongs to the Crimean Tatar community, on the basis of Crimean Parliament decree.

The decree which aims to liquidate Crimean republican libraries and replace them with state budgetary institutions has been extended to the Crimean Tatar library, which was founded in 1990 and contains 8,000 volumes of books and other materials.

It was named after Ismail Gasprinsky, a late nineteenth-century Crimean Tatar intellectual, educator, publisher, politician and reformist who was one of the first Muslim intellectuals in the Russian Empire.

The move comes just days after the Crimean Tatar community was evicted from their parliament building in Simferopol.

Crimea's pro-Russian acting head Sergey Aksyonov told ITAR- TASS that the search was conducted after the authorities received “signals about banned literature” in the building.

On Thursday, the Crimea Fund was fined 50,000 rubles for failure to meet the eviction deadline and given a further 24 hours to leave after an order by the Central District Court of Simferopol prohibited the charity from carrying out any of its powers as owner of the Mejlis headquarters and six other addresses, including its right to lease or sell the properties. If the Fund fails to comply with this court order, it could face criminal prosecution.