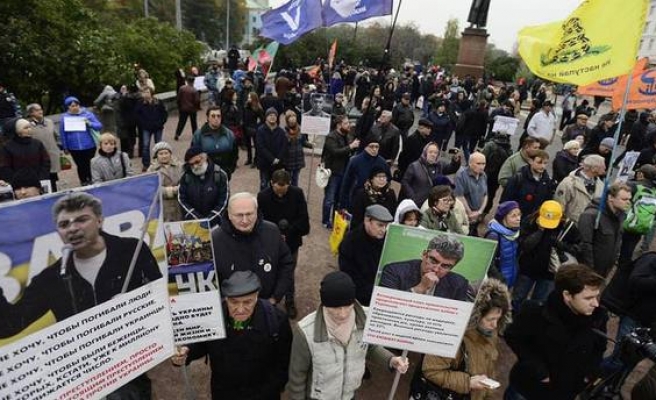 Scores of Russians took to the streets in capital Moscow on Saturday to protest the government's intervention in Syria.

The group shouted, "This war is a shame on Russia", "If you want to start a war, declare it against corruption", "Hell is waiting for those who love to bomb for peace".

Russia began carrying out airstrikes in war-torn Syria on Sept. 30. According to the Kremlin, the strikes are aimed at supporting the Assad regime -- an ally of Russia’s -- against Daesh.