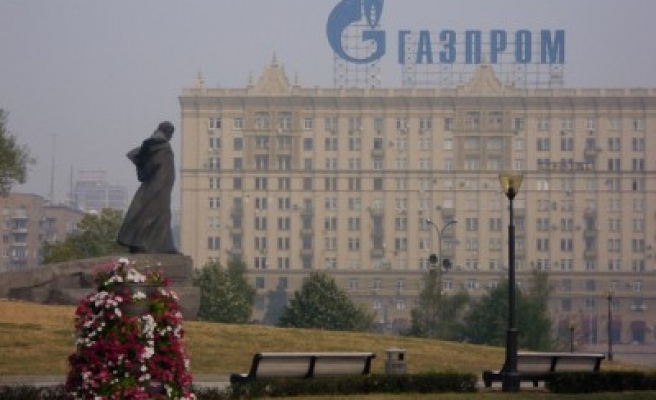 Russia's Gazprom gave Ukraine on Monday an extension into next week to resolve a gas price dispute at the heart of the two countries' confrontation, a day before Moscow was due to switch off the gas unless Kiev paid in advance.

The argument over prices for natural gas has quietly simmered in the background even as the two countries have squared off over Moscow's seizure of Ukraine's Crimea peninsula and over a pro-Russian rebel uprising in eastern Ukraine.

Since a pro-Moscow president was toppled in Ukraine in February, Russia has demanded a sharp increase in the price Ukraine pays for gas. Kiev says it cannot afford it and wants to pay a discounted price which it negotiated in the past.

While the dispute has gone on, Gazprom has continued billing Kiev at the higher rate. It says Ukraine already owes it more than $5 billion in unpaid bills and is running up more debt at a rate of more than $1 billion per month.

Moscow had previously threatened to switch off Ukraine's gas as soon as this Tuesday unless it began paying up front for supplies, a measure that could potentially have also hit European supplies shipped through Ukrainian pipes.

But after Kiev paid some of its gas debt, Gazprom announced a six-day extension of the deadline until June 9. Gazprom also said that it would not sue Ukraine's gas supplier Naftogaz over unpaid bills during the coming week.

"Payment for May should be done before June 9," Gazprom CEO Alexei Miller said in a statement.

That means gas will continue to flow to Ukraine and Europe while President Vladimir Putin and other world leaders - including Ukraine's new president-elect Petro Poroshenko - are in France this week for events commemorating the allied forces' "D-Day" landings in Normandy during World War Two.

The Kremlin has announced no plans for talks with Poroshenko or U.S. President Barack Obama during Putin's visit on Thursday and Friday but has said it cannot rule out the possibility of informal meetings. They are all due to attend a lunch on June 6.

Putin has pulled back some of the tens of thousands of troops he had massed on Ukraine's border and says he is prepared to work with Poroshenko, who won a landslide presidential election a week ago. But the past week has also seen a sharp increase in violence in eastern Ukraine, with dozens of pro-Moscow rebel fighters killed in a government assault, most of them Russians whose bodies were sent back across the border.

Talks between the Russian gas exporter and Ukraine were due to resume later on Monday in Brussels, under the auspices of the European Union.

EU mediator Guenther Oettinger said on Friday a $786 million partial payment for back gas bills was on its way to Moscow, clearing the way for further talks on Monday.

Gazprom confirmed on Monday that it had received the payment.

The delicate negotiations over gas supplies worth billions of dollars provide the economic backdrop for the crisis in Ukraine, which has led to the biggest confrontation between the West and Russia since the Cold War.

Ukraine's industry-heavy economy depends on Russian natural gas to be competitive. Since the fall of the Soviet Union in 1991, Moscow has frequently used its control over energy resources to influence politics.

Kiev wants to return to a discount gas price of $268.50 per 1,000 cubic metres while Moscow is demanding $485 - the highest paid by any client, which Kiev says would effectively bankrupt it. Most European countries are believed to pay Russia around $300-$400 for gas, although the prices are not published.

Gazprom's Miller said that averting the requirement for prepayment for gas would depend on whether Kiev pays off the remaining $2.24 billion for deliveries from before April 1 and makes "progress" in paying off for April and May.

"The Russian side would be ready to look into the resolution of the pricing scheme issue through cuts in exports custom duty" if Ukraine settles all its bills, he said.

Europe gets a third of its gas needs from Russia, and almost half of these supplies are sent via Ukraine. On Monday, Gazprom said gas was flowing to Europe as usual.

The debt Moscow says Kiev already owes is equivalent to around 3 percent of Ukraine's GDP. Delaying an agreement will make it increasingly difficult for already cash-starved Ukraine to meet its obligations.

But following a mild winter and spring as well as healthy supplies from non-Russian sources such as Norway and Qatar, Europe's gas storage sites are well filled this year.

The healthy supply is reflected in wholesale prices, which have fallen 30 percent since the start of the Ukraine crisis in late February to the lowest levels since 2010.