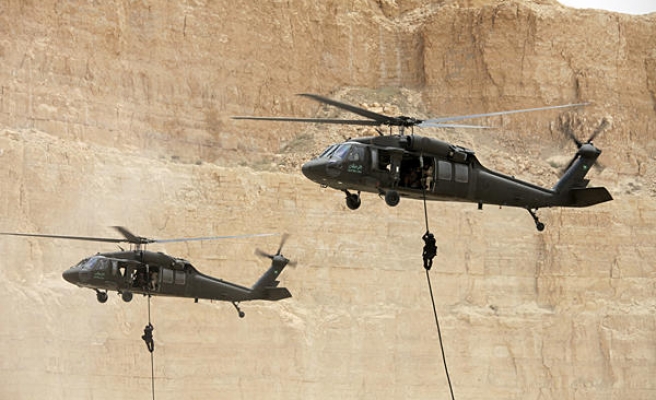 After a sense of playing second fiddle for years while NATO's eyes were on wars such as Afghanistan, some European countries near Russia's borders are now planning to spend more money on defence as well as hoping for more NATO resources .

Many government officials in the region have felt for years that their warnings of Russian assertiveness have fallen on deaf ears in Washington and with NATO. Suddenly, as Russia seizes control of Ukraine's Crimea region, they are relishing new-found attention - and with it plans to expand defences from fighter jets to missile systems.

Some plans may be small in European terms - Lithuania's total defence budget, for example, is around 280 million euros ($390 million). But, often accompanied by anti-Russian rhetoric, the moves reflect how the region's security is now back on the agenda.

"After the events in Ukraine, the Russian aggression, the need to increase spending will be better understood by Lithuanian people, and there will be more support for it," Lithuania Defence Minister Juozas Olekas told Reuters.

President Vladimir Putin's justification for intervening in Ukraine to protect Russian speakers there has alarmed many in the Baltics, which have their own ethnic Russian minorities whose rights Moscow says are being undermined.

The Baltics and Poland were all part of the Soviet bloc until just over two decades ago. They have long harboured deep suspicions about Moscow's intentions in the region as they increasingly turn to the West. All are now members of the European Union and the NATO military alliance.

"There has been a concern that U.S. and NATO are focusing on other parts in the world, such as Afghanistan or China, and not giving enough attention to Eastern Europe," said Allan Sikk, a senior lecturer at the School of Slavonic and Eastern European Studies at University College London.

After Russia's military intervention in Georgia in 2008, NATO was reported to have organised a Baltic defence contingency plan - something new for the region, but on which the alliance declines to comment.

"My guess is that there is a longer term change now in the cards, and it will be a major change," said Sikk.

There is an element of "I told you so" in the Baltics, a region that has long been one of the most vocal against Russia.

Even before the Ukraine crisis, the region was worried about Moscow. NATO scrambled jets more than 40 times to check on Russian jets approaching Baltic borders last year. That compares to once in 2004 when NATO first began patrolling here.

The Pentagon is now ramping up the number of U.S. fighter jets on a NATO air patrol mission in the Baltics and do more training with Poland's air force.

"Russia is a threat to the whole of Europe. And Europe must finally understand what it is dealing with," Lithuanian President Dalia Grybauskaite said in Brussels on Thursday.

Only a few years ago Grybauskaite called for a defence spending freeze. Now she has become more hawkish.

In the last few years Polish officials have questioned, in private, whether the Obama administration is fully focused on the security of NATO members in Eastern Europe. Many felt let down after Obama scaled back a planned missile defence shield.

Even before the Ukraine crisis broke, Poland planned to spend some $45 billion in the next decade to build a new missile defence system and upgrade its weapons systems, including transport helicopters and tanks.

After Russia's build up in Crimea, Polish Prime Minister Donald Tusk was even more bullish. "The conflict," he said "should accelerate the modernization of the Polish army."

The U.S. military will send 12 F-16 fighter jets and 300 service personnel to Poland next week for a training exercise that has been expanded since the Ukraine crisis.

In Sweden, which has strong ties to the Baltics, Finance Minister Anders Borg said Russia was "a bit more erratic and unpredictable" and called for more defence spending.

His statement came a day after Sweden moved two fighter jets to Gotland, a Baltic island almost demilitarized in recent years due to spending cuts. Deputy Prime Minister Jan Bjorklund called this week for a "doctrinal shift" in Swedish defence policy. There has been talk of Sweden fully joining NATO.

Still there are limits and talk of increased defence may fade if they is a quick resolution to the crisis.

Lithuania only spends about 0.8 percent of its GDP on defence. Its abilities to increase defence spending are restricted by its plans to adopt the euro, above all the need to keep the budget deficit under control.

"The only change will probably be more praise for the army, but not more money," said Kestutis Girnius, an associate professor at Vilnius Institute of International Relations and Political Science.