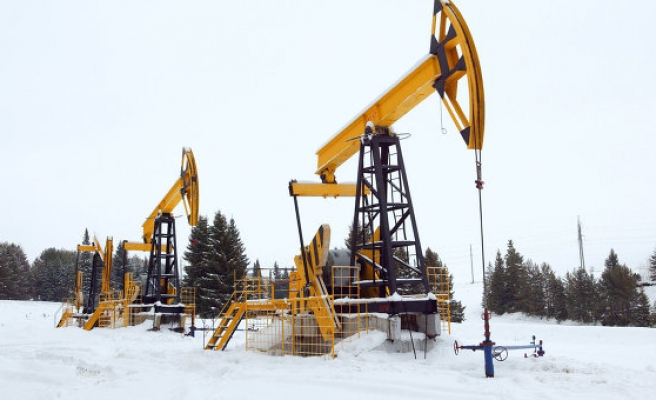 These figures represent a post-Soviet record and a 1.5-percent increase year-on-year.

Russia has kept increasing its oil production in recent months, battling with other producers to preserve its share of the market as oil prices struck near 12-year lows.

Low oil prices have weighed heavily on Russia's economy, which is heavily dependent on energy export revenue. Gross domestic product shrank by 3.7 percent in 2015 and is set to continue falling this year.

"We are open to other forms of cooperation if there is a wish shared by everyone to hold a meeting... between OPEC members and countries outside OPEC," Russian Foreign Minister Sergei Lavrov said on Tuesday, answering a question about a Venezuelan proposal to hold such a meeting.

"Naturally, we would be ready to join such a consensus," he said.

The ministers discussed "possible consultations with oil-producing countries, OPEC members and non-members", while Novak expressed his interest in taking part in the talks, Russia's energy ministry said in a statement.

Del Pino on Tuesday met Igor Sechin, the head of Russian oil giant Rosneft, to discuss the company's projects in Venezuela as well as "possible cooperation" to normalise the situation on the global market, the company said.

Venezuelan president Nicolas Maduro said Saturday that OPEC and other oil-producing countries were "close" to an agreement on stabilising the market.

Kremlin spokesman Dmitry Peskov said Tuesday that Moscow would remain in contact with other oil-producing states because stability on the global market is "vital for the Russian economy."

Deputy Prime Minister Arkady Dvorkovich said last week that Russia's oil companies -- and not the government -- should decide whether to cut production in the face of low oil prices.