Both Ukrainian and rebel forces have blamed each other for repeated ceasefire breaches but both sides are now broadly respecting a new ceasefire that came into effect on Sept. 1. 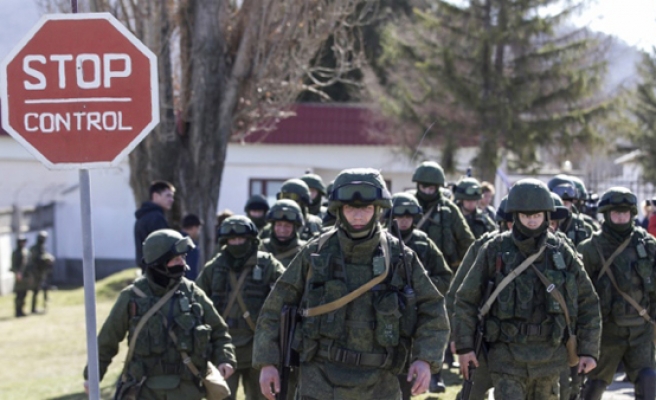 Russia's President Vladimir Putin said on Saturday it was welcome that fighting had stopped in eastern Ukraine, a change in rhetoric compared to his previous accusations against Ukraine for violating a ceasefire.

Until recently Putin has repeatedly criticised Ukraine for failing to implement a peace deal agreed in February, including by continued shelling of rebel-held areas.

"It's heartening that the main thing is the cessation of shelling of the Donbass (eastern Ukraine) from the side of the armed forces as well as the so-called volunteer battalions of Ukraine," he said in the Crimean town of Chersoneus.

"I think that today this is the main achievement."

Putin was on the latest of several visits to Crimea, again putting Russia's stamp on the region it annexed from Ukraine last year during political upheaval in that country.

This time he was meeting his old friend Silvio Berlusconi, the former Italian prime minister, on a private visit.

Putin also reiterated his call for Ukraine to implement other elements of February's peace deal, including that Kiev hold direct talks with rebel representatives, and implements laws on amnesty for the rebels and on an autonomous status for the rebel regions.

He said it was possible that the deadline for implementing the Minsk peace agreement could be extended, an idea mentioned by a Kremlin aide on Friday.

Under the original deal, major points of the peace plan are supposed to be fulfilled by the end of this year, a prospect that now looks remote.

Putin also said that Russia could solve the issue of gas supplies to Ukraine and rebuild bilateral relations.

"I think that we will also solve questions connected with supplies of gas and electricity," Putin said. "In general it is necessary to rebuild relations on a full-scale format."