The murder of heir to the Austro-Hungarian throne Franz Ferdinand by a 19-year-old Bosnian Serb called Gavrilo Princip set the Great Powers marching to war. More than 10 million soldiers died, as empires crumbled and the world order was rewritten. 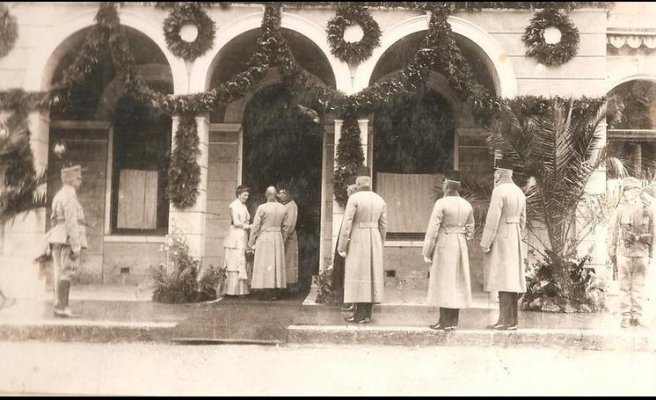 Bosnia-Herzegovina capital Sarajevo marked the centennial on Saturday of a prince's murder that lit the fuse for World War One, offering a message of unity to a divided country and a continent buffeted by deep social and economic strife.

Heir to the Austro-Hungarian throne Franz Ferdinand was shot dead with his wife on a bright June morning in 1914 by a 19-year-old Bosnian Serb called Gavrilo Princip, which set the Great Powers marching to war.

More than 10 million soldiers died, as empires crumbled and the world order was rewritten.

Leaders of Serbia and the Bosnian Serbs, who consider the assassin a hero, boycotted the official commemoration in Sarajevo, angered by what they say is an attempt to link the wars that opened and closed the 20th century, and to pin the blame on them.

They will instead re-enact the murder and Princip's trial in the eastern Drina river town of Visegrad, scorched into the memory of many in the Balkans for some of the worst atrocities of the 1992-95 war by Bosnian Serb forces driving out Muslim Bosniaks.

In Sarajevo, a concert in the restored City Hall, known as Vijecnica, where Ferdinand attended a reception on June 28, 1914, will be held.

Ferdinand left in an open car with his wife, Sophie, but the driver took a wrong turn and Princip shot them from a Browning pistol on the banks of the river.

The Austrians attacked Serbia a month later and the Great Powers, already spoiling for a fight, piled in. The neo-Moorish Vijecnica, which later became the National Library, went up in flames in 1992 under fire from Bosnian Serb forces in the hills, almost two million books perishing in the inferno.

On Friday, Serbs in Bosnia unveiled a statue of Princip in East Sarajevo. They have rebuilt his family home, razed during the 1992-95 war, and will open it on Saturday as a museum.

Serbs see Princip as a freedom fighter not just for Orthodox Serbs but for Bosnia's Muslim Bosniaks and Catholic Croats too, his shot bringing down the curtain on centuries of imperial occupation over the Balkans.

That was the official narrative for decades under socialist Yugoslavia. But the collapse of their joint state shattered perceptions of Princip, whom many Bosniaks and Croats regard as a Serb nationalist with the same territorial ambitions as those behind much of the ethnic cleansing of the 1990s.

Bosnia was divided into two autonomous regions after the war, in a highly decentralised system of ethnic power-sharing that has stifled development and, critics say, only cemented divisions.

Asked about the absence of official Serb representatives from the Sarajevo commemoration, the city's Croat mayor, Ivo Komsic, told reporters: "They demonstrate their attitude not to the past but to the future."