French President Nicolas Sarkozy and the head of the European Commission clashed angrily on Thursday over Paris's expulsion of Roma at an EU summit. 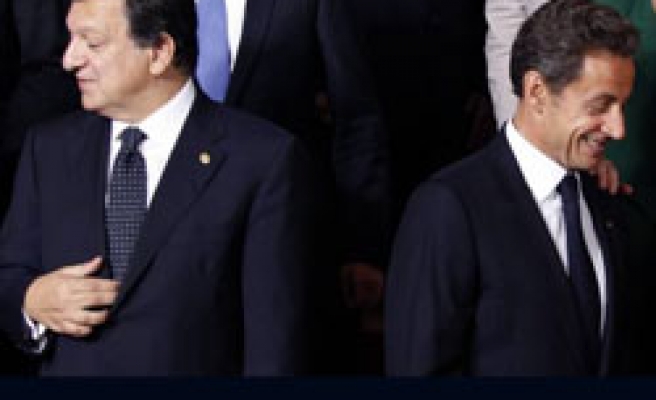 French President Nicolas Sarkozy and the head of the European Commission clashed angrily on Thursday over Paris's expulsion of Roma at an EU summit.

Sarkozy and Commission President Jose Manuel Barroso had a lengthy and heated exchange of words during a discussion over lunch with EU leaders about France's removal of 8,000 Roma people from camps, diplomats said.

Justice commissioner Viviane Reding said the French expulsion policy recalled “a situation I had thought Europe would not have to witness again after the second World War”. But Barroso later distanced himself from the Nazi analogy attributing it to the heat of the moment.

Sarkozy later hit back at criticism of his government by the executive Commission.

Sarkozy told reporters that Reding was distorting history. “All the heads of state and government were shocked by the extreme views of the vice-president of the commission,” he said. He also said the subject was "now closed".

But it is unlikely to end quickly because the Commission has said it intends to take legal action against Paris within weeks for breach of EU laws on the free movement of citizens.

Barroso told a separate news conference the Commission had a duty to protect EU law, indicating that he would be pushing ahead with possible legal proceedings.

Tensions between the Commission and France, one of the most influential EU member states, could also have an impact on talks in other areas of EU policy.

Human rights groups, the Catholic Church and some French ministers have been highly critical of the expulsions, calling them an effort by Sarkozy to boost his flagging popularity at a time of highly unpopular budget cuts.

After criticisms that the EU executive was turning a blind eye to the expulsions, Reding criticised France in tough terms.

"This is a situation I had thought Europe would not have to witness again after the Second World War," she said on Tuesday.

Under EU law, Roma are free to move anywhere in the union and stay for up to three months. After that, they must have found work or be paying into a social security system.

Westward migration of Roma from eastern Europe has increased in recent years, since the EU expanded its borders in 2004 and 2007 to include states from the former Soviet bloc. Their biggest community is still in Romania.