Sarkozy ended months of speculation about his future with Friday's Facebook message, saying he was ready to take charge of the centre-right UMP which has been riven by rivalry since he was ousted 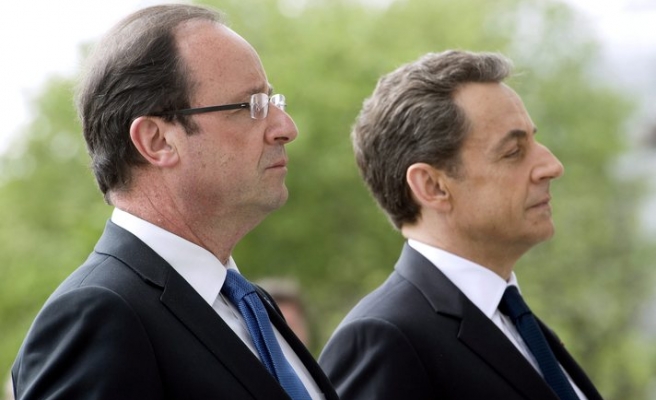 Nicolas Sarkozy said he would change the tax system to help companies and pledged on Sunday to win back National Front voters one-by-one in his first televised interview since announcing his return to French politics.

The former president, who is seeking the leadership of the main rightist UMP party ahead of the 2017 presidential race, avoided giving policy details but sought to reassure companies and voters that he had heard their concerns.

"Today, global growth has returned to close to 4 percent, Germany is prospering, Europe is not in crisis, and yet we continue to stagnate and have rising unemployment. Why? Because our model must be completely restructured," he said in the interview on France 2.

Sarkozy said the only question that mattered was to find a tax system that would allow businesses to create growth and jobs, and that would stop young people leaving France because they feel they cannot succeed at home.

Sarkozy ended months of speculation on Friday when he announced his political comeback with a message on Facebook, saying he was ready to take charge of the opposition UMP party, riven by rivalry since he was ousted from power in May 2012, opening the possibility of a return to the Elysee Palace in 2017.

Current Socialist president Francois Hollande, who beat him in 2012, has seen his popularity plunge to a French post-war low of 13 percent in recent polls over his failure to revive the euro zone's second-largest economy, which is stagnating amid record unemployment over 10 percent.

His ex-partner Valerie Trierweiler also described the Socialist leader as being dismissive of the poor in a new book.

Sarkozy, the author of state pension changes that inspired mass protests when he was president, wasted no time earlier in the weekend in attacking potential rivals in the 2017 presidential race including Hollande.

In comments to Sunday newspaper Le Journal du Dimanche, he said he was starting "a long march", having pledged to restore France's world standing and revive its stagnant economy.

In a swipe at his rivals in the UMP party, Francois Fillon and Alain Juppe, as well as Hollande, Sarkozy said he was "overwhelmed" by the response to his Facebook announcement.

"Two-and-a-half million Internet users have already read my message," he told the paper on Saturday in comments published on Sunday. "Last night, we saw 300,000 French in the Americas read it, and I got 35,000 new friends in less than a day."

Sarkozy, who as president raised the retirement age to 62 from 60, loosened the 35-hour work week and made overtime more attractive through tax tweaks, remains a divisive figure.

Fillon sought to project himself as a unifying force, saying on his Twitter account on Sunday: "Today, the question is not to find out who can beat Francois Hollande. In theory, everyone ... The question is how to bring the French together ... I'm not about the cult of saviours, but the cult of ideas!"

Former prime minister Juppe, speaking on French television and radio stations iTele and Europe 1 on Sunday and visibly frustrated by repeated questions about Sarkozy, acknowledged "the match has begun".

Sarkozy, whose combative personality surfaced increasingly as Sunday's 40-minute interview went on, pledged to fight Marine Le Pen's National Front party, which he said was partly to blame for him losing out to Hollande in 2012.

The anti-EU, anti-immigrant party caused a sensation in EU elections in May when it topped the poll in France with 24.95 percent, beating both Hollande's Socialists and the UMP.

"I want to seek them out, one-by-one, and convince them that the solution for France to recover is the alternative that we're going to propose."

Sarkozy added that the time had come to use referendums regularly to give the public more of a voice, saying he had "a certain number of very precise issues" in mind.