Sarkozy wants EU to lose half its powers

Sarkozy pressed on with increasingly Eurosceptic proposals rare among the country's mainstream politicians. 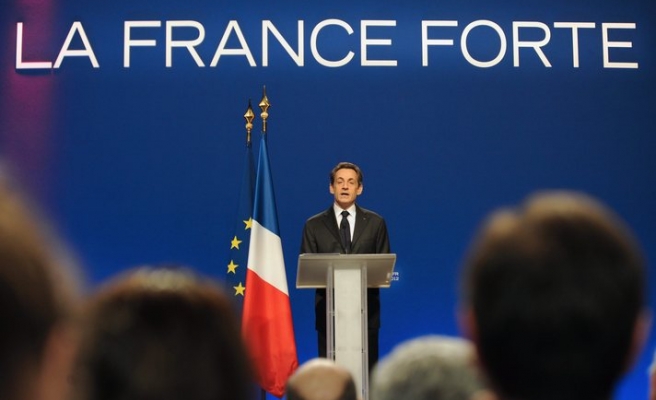 The European Union must hand back half of its powers, former French president Nicolas Sarkozy said on Saturday, stepping up his criticism of the 28-nation bloc as he seeks to be elected head of France's conservative party next week.

Just a few weeks after he called for the suspension of France's participation in Europe's borderless Schengen region, Sarkozy pressed on with increasingly Eurosceptic proposals rare among the country's mainstream politicians.

"I want us to eliminate half of Europe's current powers," Sarkozy said, adding that less than a dozen key policies including industrial policy, agriculture and research should remain. "Everything else must be given back to member states."

While the French have long been among the strongest backers of Europe, support has waned over the past decade over fear of globalisation. The anti-Europe, far-right party National Front won EU parliament elections in the country this year.

Sarkozy's comments to about 4,000 supporters in the southwest city of Bordeaux chimed with British Prime Minister David Cameron's calls to curb Europe's powers.

Sarkozy came out of a two-year political retirement when he announced in September he would seek to be elected chief of the Union for a Popular Movement (UMP) party on Nov. 29. While the UMP was created to reunite the centre-right, the party faces policy divisions, notably over Europe's role.

Sarkozy and Bordeaux mayor Alain Juppe, his main rival for the party's ticket for the 2017 presidential election, tried to show a united front during the meeting, although Juppe - now ahead in polls - was booed by some of Sarkozy's supporters.

Sarkozy's comeback is being clouded by several legal cases and a poll showed that he has lost support.

While 63 percent of party supporters want Sarkozy back at the helm, that is 10 percentage points down from just a month ago, the survey by Odoxa pollsters showed on Saturday.

"That 63 percent score would be considered like a disavowal for a former head of state whose close circle initially expected a landslide victory of about 85 percent," said Odoxa head Gael Sliman.

Sarkozy lost support after telling a crowd of UMP supporters last week that he would scrap a law allowing gay marriage. Some 61 percent of party sympathisers believe he would actually not do it, the poll showed.