Dozens of police were standing between the demonstrators and the supporters of SvP, and dragged at least one person away from the crowd. 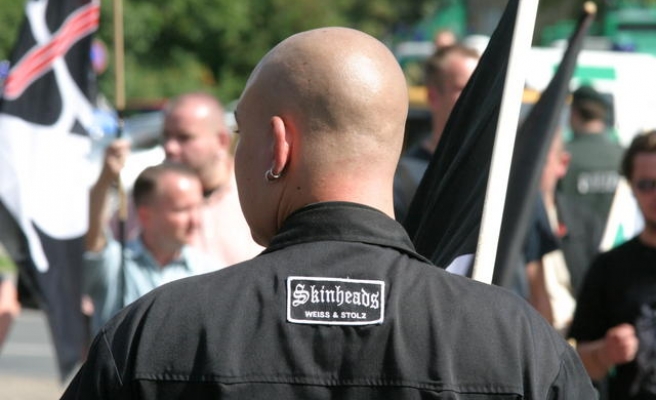 Over 100 people were on hand to protest against the far-right Party of the Swedes on Saturday evening, at the unofficial launch of the Almedalen political week on Gotland.

In the lead-up to a talk from the Party of the Swedes (Svenskarnas parti - SvP), the church bells rand on Saturday.

An attempt to drown out the neo-Nazis who had been given permission to unite in public was done by ringing the bells.

100 people protested chanting “No fascists on our streets” in the Almedalen Park, while sounding horns, jangling keys and shouting.

The crowd drowned Stefan Jacobsson, the party leader, out, leaving his dozen or so supporters not being able to hear him.

Dozens of police were standing between the demonstrators and the supporters of SvP, and dragged at least one person away from the crowd.

"It was a calm night, overall," Viktor Adolphson of the Stockholm police told The Local as the crowds dispersed.

"We weren't expecting any violence, but we were prepared for anything," he said, confirming that there was an extra police presence in Gotland this year.

"Now we can move on for this and get ready for the real event which begins tomorrow morning."

Sunday is the official day of Almedalen where each party represented in the Swedish parliament can get their policies and views across the crowds.

One Swede on the scene, who preferred to remain anonymous, told The Local, "I've not heard the bells ring like this for the thirty years I've lived here. It's symbolic. It's also symbolic to let this party even have the chance to speak," he told The Local.

"This is the Sweden we're living in today. Unbelievable, but that's how it is.