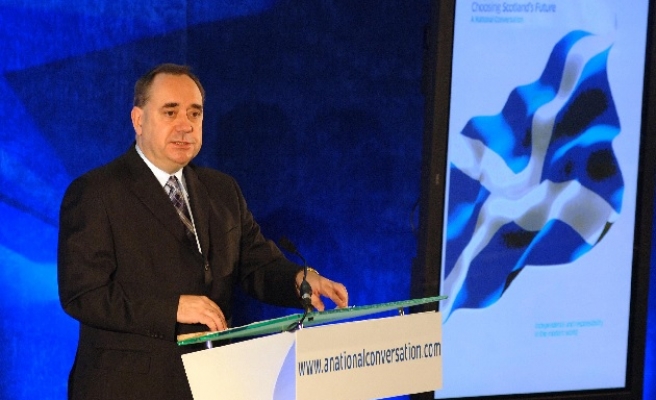 A debate over who gets to control the North Sea oil and gas reserves should Scotland vote to breakaway from the United Kingdom has erupted into a fierce row between Edinburgh and London.

The British government said on Monday it would enact sweeping measures to make it easier to unlock hard-to-extract North Sea gas and billions of barrels of oil as it tries to persuade Scotland to remain part of the United Kingdom.

It is believed that between 15-24 billion barrels of oil are found in the Scottish seas, which could guarantee at least 40 years of production. Salmond had previously said that Scotland has enough oil to secure 300,000 British Pounds for each of its citizens.

Salmond has accused the Westminster based UK government of accumulating ''massive'' oil and gas revenues from Scotland over the last 40 years.

"The reason (the UK government) wants to hang on to Scotland's resources is that they've done so well out of them over the last 40 years. I think the next 40 years should be Scotland's turn," he said.

The Scottish First Minister has used its northern neighbor Norway as a successful example upon which he wishes to base a free Scotland.

"Norway has accumulated much of its revenues for a futures fund for future generations," Salmond said, praising their handling of oil and gas reserves, saying that it was much better than the stewardship of Westminster.

On September 18, Scotland is set to hold a referendum that could see them break free of rule from 307 years of rule from London, becoming an independent state.