Shetland, Orkney and the Western Isles may seek annexation to Norway after seeking independence from both Scotland and the UK. 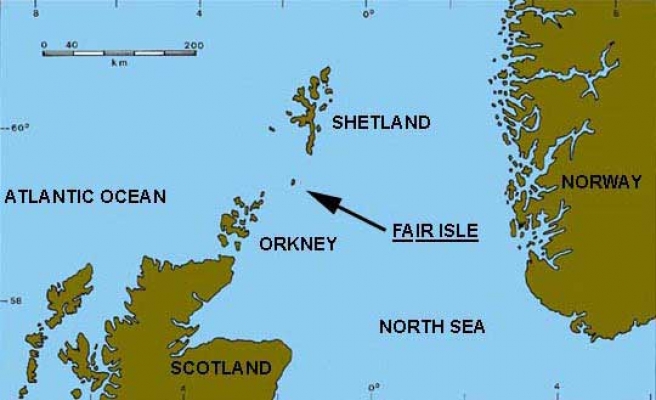 As Scotland head towards its independence referendum on September 18 - in which Scots will decide on whether or not they wish to remain part of the United Kingdom along with England, Wales and Northern Ireland - the country's northern isles are also in the process of discussing plans to hold a referendum of their own.

If Scotland decides to go it alone on September 18, Orkney, Shetland and the Western Isles will have no choice but to follow suit according to the whims of Edinburgh, as they are technically considered to be a part of Scotland.

However, considering that these islands - all of which are located in the North Sea - were traditionally a part of Norway, some islanders are proposing their own referendum to decide whether to remain as part of the UK, to seek independence under the Scottish banner, or to become independent from both.

Our Islands Our Future has so far collected some 1,177 signatures after launching a petition on April 29 in favor of the proposal.

One campaigner from the Shetland Islands, Malcolm Lamont, introduced the petition saying, "Whether you live in Shetland, Orkney or the Western Isles, you will know that your part of the world was once in Norway and still has its own traditions and culture which set it apart from the rest of what is now Scotland."

"A referendum will soon be held on whether Scotland should be an independent country. What better time to decide the status of each of these island groups?" he asked.

However, another campaigner, Catriona Murray, ruled out seeking annexation by Norway. "We discussed that we should have an option where we ask people if they want to become part of Norway, but we chose to walk away from it, since very few on the islands support this," she told NRK.

Murray, however, added that another referendum to join Norway may be held if the people of the northern isles vote for complete independence.

While Norway surrendered the Western Isles to Scotland in the Treaty of Perth in 1266, Orkney and Shetland were handed over to the Scottish King James III in 1468 and 1472 respectively.

Scotland's First Minister Alex Salmond has been working hard to promote the idea of Scottish independence ahead of this year's referendum, with statistics showing that the 'yes' vote camp is growing in popularity.

Salmond argues that an independent Scotland would take control over its own off-shore gas reserves in the North Sea and would invest profits locally instead of allowing profits to be controlled by the London-based British government.

Salmond has also promised that a 'yes' vote would ensure a balance in the power distribution in the UK, which is at present largely dominated by the overall wealthier southern England.

The British government, however, has warned that Scotland faces ejection from the European Union if it becomes independent and that Scotland would be expelled from using the British Pound Sterlin currency. Salmond, on the other hand, has vowed to keep Scotland with the currency.