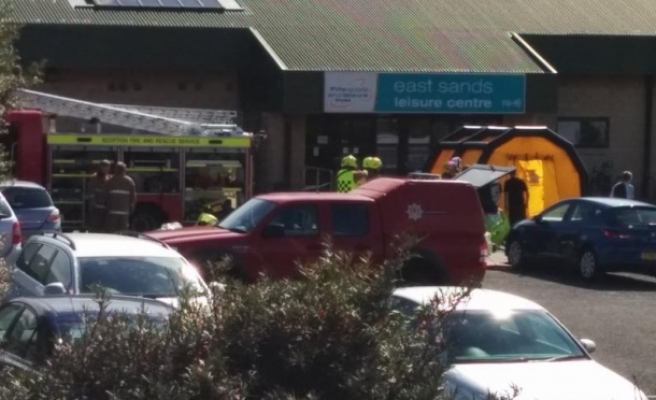 A Scottish entertainment centre has been evacuated after a suspected chemical leak, multiple causalities were reported.

Three fire engines and 15 ambulance service vehicles were called to the scene at East Sands leisure centre in St Andrews, Fife, shortly after 1pm on Tuesday.

Scottish ambulance service has said that the injured will be transported to hospital, with triage teams treating several people on site at present. Those affected are understood not to be in a serious conditions.

The Scottish fire and rescue service said the leak was believed to be sodium hypochlorite, a chemical compound which becomes bleach when it comes into contact with water.

The leisure centre, which has a swimming pool and flume rides, has been cordoned off and evacuated as the emergency services deal with the incident.