Industrialization causing higher temperatures has been blamed for the fastest acceleration in 2,800 years 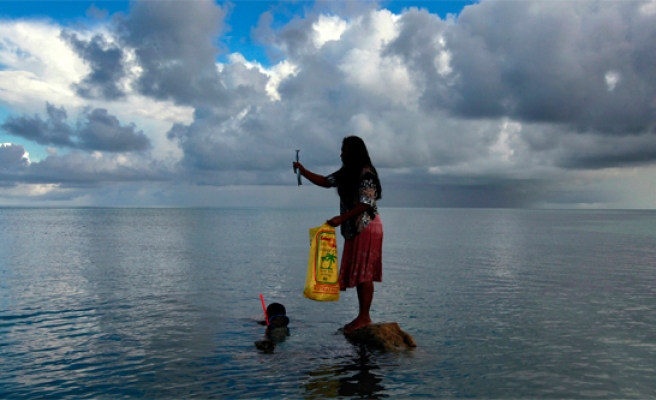 The sea levels on our plants are rapidly rising several times faster than they have compared to any other time the past 2,800 years and are accelerating as a direct result of man-made global warming according to a report in AP.

An international team of scientists have dug two dozen locations across the globe to chart gently rising and falling seas over centuries and millennia. Until the 1880s and the world’s industrialization, the fastest seas rose was about 1 to 1.5 inches (3 to 4 centimeters) a century, plus or minus a bit. During that time period global sea level really didn’t get much higher or lower than 3 inches above or below the 2,000-year average. In comparison, during the 20th century the worlds ocean levels rose  rose 5.5 inches (14 centimeters).

Since 1993 the rate has soared to a foot per century (30 centimeters). And two different studies published Monday in the journal Proceedings of the National Academy of Sciences, said by 2100 that the world’s oceans will rise between 11 to 52 inches (28 to 131 centimeters), depending on how much heat-trapping gas Earth’s industries and vehicles expel.

“There’s no question that the 20th century is the fastest,” said Rutgers earth and planetary sciences professor Bob Kopp, lead author of the study that looked back at sea levels over the past three millennia. “It’s because of the temperature increase in the 20th century which has been driven by fossil fuel use.”