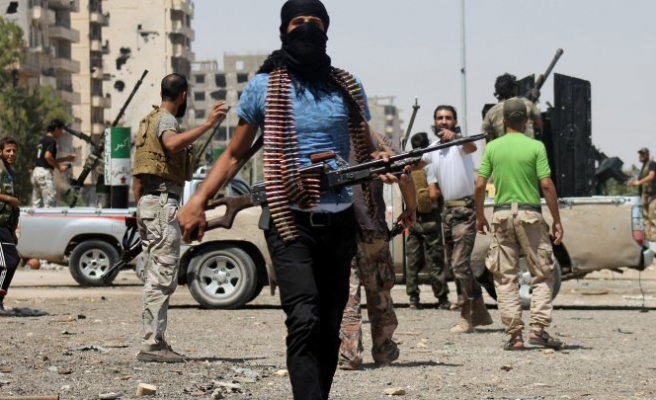 A second French national who appeared in an ISIL showing the beheading of U.S. hostage Peter Kassig and 18 Syrian soldiers has reportedly been identified.

Citing French intelligence service sources, public TV channel France 2 reported on Wednesday that the national was 22-year-old Michael Dos Santos from the suburb of Champigny-sur-Marne, about 12 kilometers southeast of the French capital, Paris.

The mother of Dos Santos, who was reported to be a convert to Islam going by the name of Abou Othman, recognized him in the video which was posted online on Sunday, according to private TV channel France info.

France's General Directorate for External Security, or DGSE, was said to be unavailable for comment.

French President Francois Hollande confirmed on Tuesday evening during a visit to Australia that a second French man had appeared in the video, after French national 22-year-old Maxime Hauchard from a small village in Eure in the north of France, was identified on Sunday as being among ISIL militants in the footage.

Hauchard, who reportedly calls himself Abu Abdullah Al Faransi, was reportedly recognized by his family and is believed to have travelled to Syria in August 2013 after a stay in Mauritania.

Paris prosecutor Francois Molins has launched an official investigation into the pair on suspicion of their involvement in "murder as part of an organized gang and criminal conspiracy for a terrorist group".