In the recordings, Sarkozy can be heard discussing electoral strategy, a cabinet reshuffle and his public image in the run-up to France's 2012 presidential election 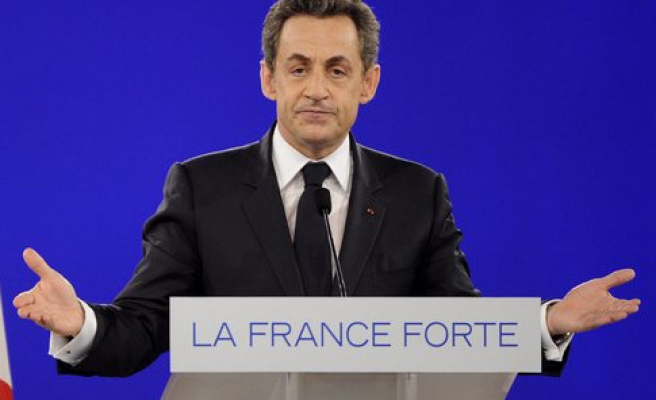 Recordings made in secret by Nicolas Sarkozy's campaign adviser posted on Wednesday have thrown the former French president's UMP party into disarray, weeks before local elections in which it hoped to claw back terrain from the ruling Socialists.

In the recordings posted on the right-leaning Atlantico web site, Sarkozy can be heard discussing electoral strategy, a cabinet reshuffle and his public image in the run-up to France's 2012 presidential election, which he lost.

While the excerpts are more intriguing than incriminating, analysts said more revelations from what are apparently hours of recordings could hurt his chances of staging a political comeback in time for presidential elections in 2017.

The lawyer for campaign manager Patrick Buisson confirmed the authenticity of the recordings to Reuters but denied allegations his client leaked them, and said they were stolen.

A former editor of a far-right magazine who helped engineer a right-ward shift to Sarkozy's campaign, Buisson made the tapes as a matter of historical record and because he could not take written notes, said his lawyer Gilles-William Goldnadel.

Members of Sarkozy's inner circle expressed shock and disgust over the recordings.

"The feeling today is that confidence has been betrayed - it really is a betrayal - and also that this is a sort of violation," former Sarkozy speechwriter Henri Guaino, whose name is mentioned in the recordings, told France Inter radio.

"It's very hard to accept."

Guaino said the president, who has not commented publicly, felt "angry and betrayed".

Written excerpts were published by the Canard Enchaine satirical weekly on Wednesday but the existence of the recordings have been rumoured as far back as mid-February.

"The big danger for Nicolas Sarkozy is Patrick Buisson himself, because he's got dozens and dozens of hours of recordings from (Sarkozy's) term," Jean-Sebastien Ferjoua, head of the Atlantico news web site, told BFMTV.

"It's a Watergate in reverse with an adviser recording a president in secret - recordings that could contain damaging evidence (for Sarkozy)," he said.

With the UMP still smarting from a 2013 leadership battle, analysts said suggestions of in-fighting could hurt its chances to win Socialist towns in local elections later this month and bolster Marine Le Pen's National Front party.

Opinion polls show that the UMP, presided over by the deeply unpopular Jean-Francois Cope, has gained little support ahead of the vote despite the rock-bottom approval ratings of President Francois Hollande, while the National Front has grown more popular.

"It's an explosion, it's devastating," a source in the party told Reuters. "The losing machine has been set into motion."