'Secret' terror trial to be re-run in UK 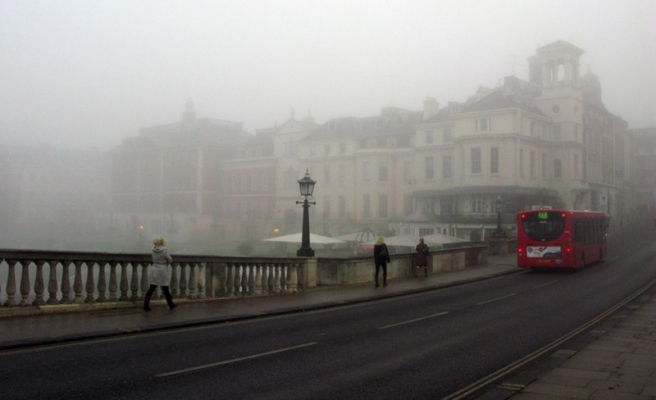 A retrial has been ordered in the U.K. of a man of Turkish origin accused of plotting to target former British Prime Minister Tony Blair and planning terrorist attacks in the U.K. after his jury was discharged.

The Crown Prosecution Service said on Tuesday that it would seek a retrial of 26-year-old Erol Incedal after the jury at London's Old Bailey was discharged after four days of deliberations.

Incedal had been charged with preparing for acts of terrorism and possessing a secure digital SD memory card "useful to a person committing or preparing an act of terrorism".

He was accused of planning to attack a “significant individual” or carry out indiscriminate killings similar to the 2008 Mumbai attacks.

The "extraordinary" trial - two-thirds of which was held in secret - triggered controversy in the U.K. with rights campaigners and journalists warning it could damage centuries-old tradition of open justice in the country.

Some sections of the case were heard in front of accredited journalists who were unable to report anything due to stringent court orders.

The prosecution claimed during the trial that Incedal had conducted research into the ISIL and spoken to someone over Skype abroad in an attempt to acquire a Kalashnikov assault gun.

Tony Blair's home address was found in Incedal's car when it was pulled over for a traffic offence and searched in September.

Co-defendant Mounir Rarmoul-Bougadjar, who was driving the vehicle, at the time, has already pleaded guilty to possessing a “bomb making’ document.

Incedal had told the court that he had a “good excuse” for possessing the documents.

The British government had tried to ensure the trial of the suspect and a co-defendant would never to be held in public, arguing that proceedings needed to be kept secret because of "national security" concerns.

But the Court of Appeal rejected the move for what would have been Britain's first "secret trial".

However, it did rule the core of the trial would be held in secret to protect national security.

Some journalists who were allowed to listen to evidence at the four-week long trial were ordered to leave their notebooks in the courtroom every day and were not allowed to report on proceedings until a later date.

The retrial is expected to take place in the new year.