Security stepped up at Paris, Frankfurt after Brussels attack

EU staff told to remain indoors or at home after Brussels blasts: Commission 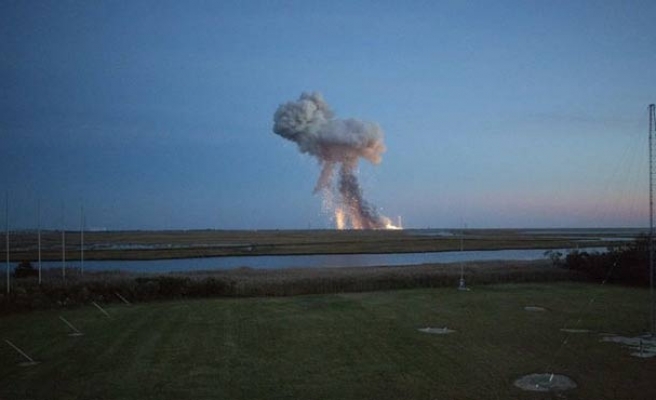 An explosion occurred Tuesday at a metro station in Brussels close to the European Union's institutions in the Belgian capital, injuring more than a dozen people, shortly after twin blasts rocked the city's airport.

Frankfurt, Paris, London and Netherlands airports have stepped up their security after the Brussels explosions earlier this morning.

London's Gatwick airport stepped up security on Tuesday after a string of explosions in Brussels as British Prime Minister David Cameron prepared to hold an emergency cabinet meeting on the attacks.

"As a result of the terrible incidents in Brussels, we have increased our security presence and patrols around the airport," the airport said in a statement.

The metro blast occurred shortly after 0800 GMT, in the morning rush hour, at Maalbeek station.

Black smoke and clouds of dust billowed from the station entrance, about a hundred metres (yards) from the European Commission, the EU's executive arm.

More than a dozen people were lying on the pavement outside with bloodied faces and were being treated by emergency services.

The European Commission, the executive arm of the European Union, told staff on Tuesday to remain indoors or stay at home after at least one blast rocked a station close to the capital's EU quarter.

"EU institutions (are) working together to ensure security of staff and  premises. Please stay home or inside buildings," said Budget Commissioner Kristalina Georgieva, who also handles employee and security issues, on her official Twitter account.