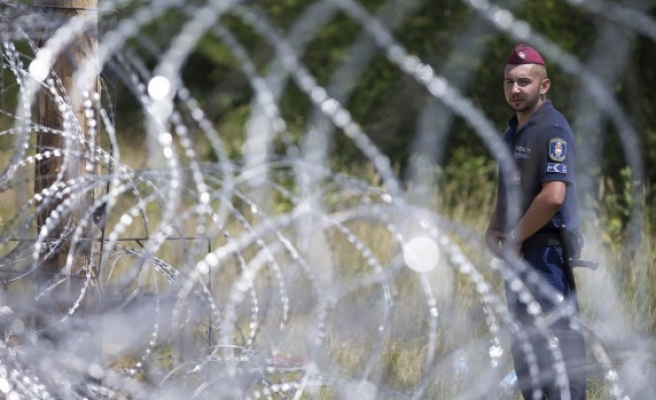 The main official border crossing point between Serbia and Hungary was closed to refugees on Tuesday.

After it sealed the main entry point used by refugees the previous day, Hungary had continued to let them enter through an official border entry post around 2 kilometres further down.

But at midnight, it shut this route as well, and hundreds of refugees were left to queue with no apparent hope of entering.

"The border was shut and has yet to re-open," said UNHCR spokesman Babar Baloch from the border.

"Our staff do not have access, and the Hungarian authorities have not let us know about any schedule they have for re-opening the border," he added.

Hungarian police claimed that a record 9,380 people entered Hungary on Monday -- almost twice as many as the previous records set last week.

Those who had made it through the border before it shut were taken by bus to a train station at the border town of Roszke and loaded on to trains.

Unconfirmed reports suggested they were being taken to the Austrian border.