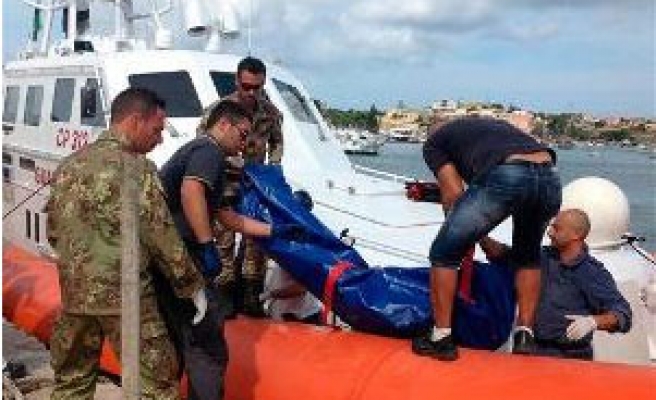 Italian sailors have rescued 278 migrants in the Strait of Sicily but found 16 others dead in their inflatable boat and one more who died shortly after help arrived, the navy said on Friday.

The dead apparently succumbed to hypothermia and dehydration in one of three boats found on Thursday south of the island of Lampedusa, it said.

There were 75 survivors from the boat carrying the corpses and another 202 people were rescued from the two other inflatable boats found in the same area.

Some 3,200 migrants have died this year trying to reach Europe from Africa, the International Organisation for Migration (IOM) has said. Many of them are fleeing conflict and human rights abuses at home.

Italy is closing its "Mare Nostrum" search and rescue mission which has saved some 100,000 migrants, and making way for a smaller pan-European project called Triton.

Mare Nostrum, which included five warships on permanent patrol, was launched last October after more than 360 migrants died when their boat capsized a mile off the coast of Lampedusa.

The mission cost nearly 10 million euros ($12.35 million) a month, becoming a controversial strain on an economy that is suffering its third recession in six years.