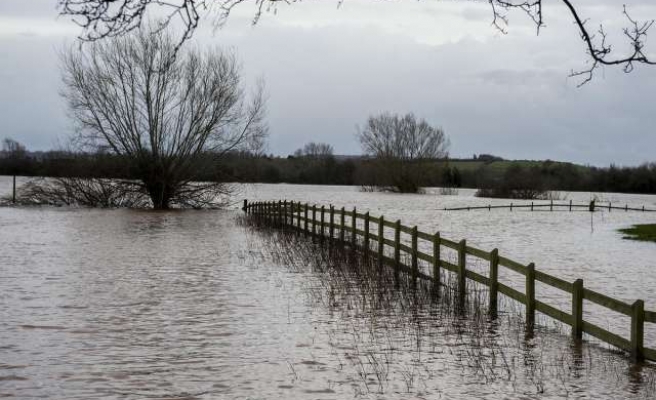 Severe flooding and landslips have completely cut off rail routes to large parts of south west of England as storms continue to batter southern Britain.

Some areas of Somerset in south west England have been underwater for over a month in the wettest January on record, and the government has come under pressure for not putting enough resources into preventing flooding.

Prime Minister David Cameron announced extra funding for flood defence repairs earlier this week after high tides and stormy seas destroyed a large section of sea wall at Dawlish in Devon, washing a stretch of railway into the sea.

Further flooding and landslips have now cut off all rail links to Devon and Cornwall.

"There are no routes to the West Country open to trains," Network Rail, Britain's rail network operator, said in a statement, adding that one route would be closed for at least a week while it was too soon to know when a second could reopen.

"The floods are currently being blown into waves by the high winds in the area, which are washing away the stones the track rests on."

The military have been brought in to help build improved flood defences and evacuate properties, as Britain's Met Office saying several weather warnings remained in place for the coming days, with heavy rain and gale force winds expected.

Low cost airline Flybe has said it will double the number of flights it runs on weekdays from Newquay in Cornwall to London to help alleviate transport problems.