Victims of sexual abuse by the clergy want the International Criminal Court to investigate Pope Benedict and three Vatican officials for allowing the rape and sexual abuse of children. 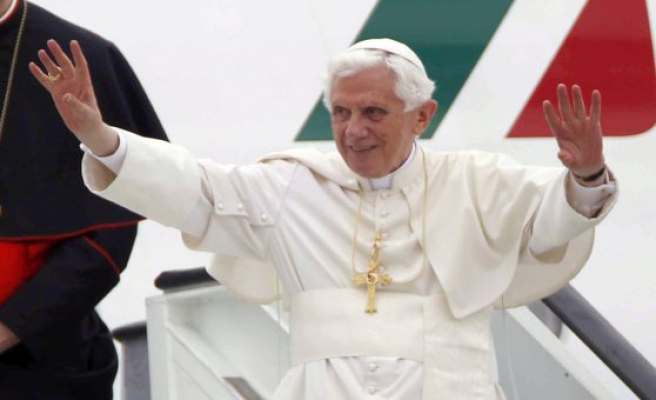 Victims of sexual abuse by the clergy want the International Criminal Court to investigate Pope Benedict and three Vatican officials for allowing the rape and sexual abuse of children.

The New York-based rights group Center for Constitutional Rights (CCR) and another group, Survivors Network of those Abused by Priests (SNAP), filed a complaint with the ICC alleging that Vatican officials committed crimes against humanity because they tolerated and enabled sex crimes.

But it seems unlikely that the ICC, the world's first permanent war crimes court, could take on such a case.

Many of the crimes occurred before 2002, when the ICC was set up, which puts them outside the court's remit, while the Vatican itself has not signed up to the court's jurisdiction.

"It will be very difficult to make an argument that the Church as an organised group committed a crime against humanity and it would be debatable whether that was based on a common plan," said Andre de Hoogh, a lecturer in international law at Groningen University.

The Catholic Church has been rocked by a series of sexual abuse cover-up scandals in Europe and the United States in recent years.

"Crimes against tens of thousands of victims, most of them children, are being covered up by officials at the highest level of the Vatican. In this case, all roads really do lead to Rome," CCR lawyer Pam Spees said.

A Vatican spokesman said there would be no immediate comment. An ICC official referred inquiries to the prosecutor.

While the Vatican has not signed up to the ICC, countries such as Italy, the Netherlands and Germany have done so, which means that their citizens are subject to ICC jurisdiction. Pope Benedict is German-born.

"The Office of the Prosecutor has received the documents," spokeswoman Florence Olara said, adding that the prosecutor's office "will analyse ... and make a decision in due course."

CCR said it had lodged more than 20,000 pages of reports, policy papers and evidence of crimes by Catholic clergy committed against children and vulnerable adults. SNAP members from Germany, Belgium, the Netherlands and the United States travelled to The Hague to file the request on Tuesday.

The ICC has investigated crimes including genocide, murder, conscription of child soldiers and rape, mostly in Africa, and most recently issued an arrest warrant for Libya's Muammar Gaddafi.

It has jurisdiction over the crimes of genocide, war crimes and crimes against humanity, which include rape, sexual violence, assault and torture.

It has received multiple requests for investigations in the past, such as from Syrian human rights groups in June calling on the court to investigate the killing of civilians in Syria, but the court also lacks jurisdiction in Syria.

The Rome Statute that set up the court also stipulates that the ICC should be used as a court of last resort only if national proceedings are not taking place.