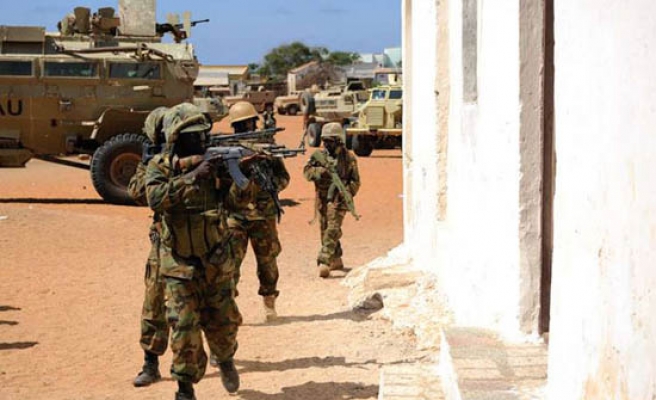 The Al-Shabaab militant group has reportedly killed dozens of Ugandan soldiers deployed in Somalia as part of the African Union Mission in Somalia (AMISOM), although the exact death toll remained unclear as of Wednesday evening.

“So far, 18 bodies have been recovered from the Janaale military base in Somalia’s Lower Shabelle region,” an AU official told Anadolu Agency on condition of anonymity.

According to unconfirmed reports from Somalia, as many as 50 soldiers may have been killed in the attack, which reportedly occurred sometime on Tuesday.

In a statement confirming the attack, AMISOM chief Maman Sidikou said that Al-Shabaab militants had “used a car loaded with explosives to trigger the attack and facilitate their forced entry into the camp”.

Sidikou went on to condemn the attack – during which militants reportedly engaged AMISOM troops in a gun-battle – as “reprehensible”.

He also praised the “heroism” of slain AMISOM peacekeepers, who, he said, had “paid a high price while serving the people of Somalia”.

Speaking to Anadolu Agency by phone, AMISOM spokesman Paul Njuguna refrained from providing an exact death toll, saying: “There is nobody to count the dead; we are still pursuing the Al-Shabaab militants.”

“Given the complex nature of the attack, AMISOM is currently verifying the number of casualties and extent of the damage,” he asserted.

After staging a tactical retreat in the wake of the initial bombing, he said, AMISOM troops had since regained full control of the base.

“What is important is that the base is back in our hands,” he added. “We will ensure the enemy doesn’t return to cause more harm.”

The UPDF has 6,223 soldiers and police officers serving as part of the 22,000-strong African Union mission, which is comprised of troops drawn from Burundi, Djibouti, Kenya and Ethiopia, as well as Uganda.