Despite Sinn Fein's assertion that talks were over, the British government said it was still determined to see a "functioning executive" put in place. 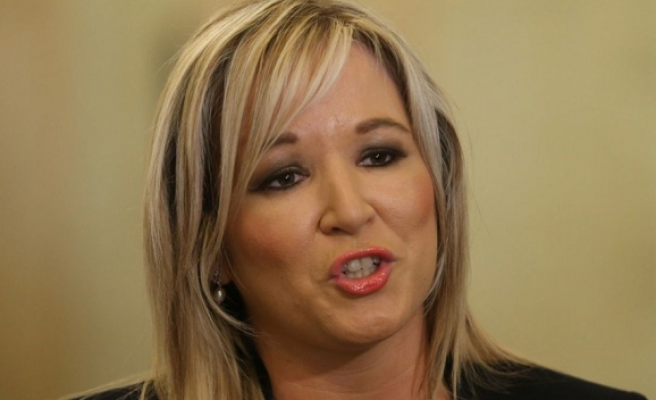 Talks to resolve Northern Ireland's political stalemate have reached the "end of the road", the Sinn Fein party said, but London said it hoped a power-sharing government could be formed ahead of a Monday deadline.

After three weeks of negotiations to form a power-sharing executive in the province, the Irish Republican party Sinn Fein said Sunday that no deal had been reached.

Sinn Fein, representing Catholic Irish nationalists, and the Democratic Unionist Party (DUP) of the pro-British Protestants, have until Monday afternoon to reach an agreement or governance of the province could be transferred to London.

"Today we have come to the end of the road," said Michelle O'Neill, the party's leader in Northern Ireland.

"The talks process has run its course and Sinn Fein will not be nominating for the position of speaker or for the executive office tomorrow."

DUP Leader Arlene Foster gave a similar assessment of the Belfast talks, which have been chaired by Britain's Northern Ireland Minister James Brokenshire.

"Regrettable the reality is that sufficient progress was not achieved in the time available to form a new executive," said Foster, who served as first minister before the executive collapsed.

The political crisis began when O'Neill's predecessor, Martin McGuinness, stepped down in protest at the handling of a botched green energy programme by Foster.

McGuinness died on Tuesday of a rare heart condition.

"Even at this stage I urge political parties to agree to work to form an executive and provide people here with the strong and stable devolved government that they want," said Brokenshire.

The discussions have also been keenly followed by Dublin, with Irish Foreign Minister Charlie Flanagan calling for power-sharing to be re-established.

"I therefore urge the parties to avail of the remaining time available to re-engage on the few outstanding issues that divide them," he said on Sunday.

If Northern Ireland's main parties fail to reach a deal by 4:00pm (1500 GMT) on Monday, Brokenshire will intervene, which could lead to direct rule from London being imposed.

The minister could also call fresh elections, although those held in March following McGuinness's resignation failed to resolve the differences between Sinn Fein and the DUP.

Sinn Fein won 27 seats in the 90-seat assembly in the March 2 election, while the DUP took 28, with unionist parties losing their absolute majority in Northern Ireland's legislature for the first time since the creation of the province in 1921.

The controversial energy scheme which prompted Sinn Fein to pull the plug on the executive was introduced by Foster when she was economy minister.

Its failure is expected to cost taxpayers up to half a billion pounds ($625 million, 580 million euros) and Sinn Fein has said it will not share power with Foster until the conclusion of a public inquiry into the programme.

The political deadline in Northern Ireland comes just ahead of Prime Minister Theresa May launching Britain's exit from the European Union on Wednesday, when the government is due to trigger Article 50 of the bloc's Lisbon Treaty.

Central to Brexit discussions will be the fate of the border between Northern Ireland and the Republic of Ireland, which remains an EU member.