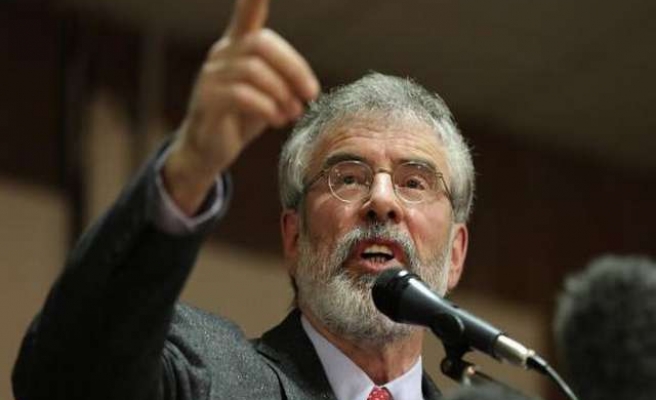 Arlene Foster was speaking shortly before the Irish nationalist Sinn Fein party -- her partner in Northern Ireland's devolved government -- declared it would not nominate a new deputy first minister, thereby plunging the divided region into a new election.

In a last-ditch effort to prevent the government's collapse, British Prime Minister Theresa May called Foster and Sinn Fein’s Martin McGuinness, urging the parties to meet on common ground.

Foster accused Sinn Fein of triggering the election because they did not like the outcome of last May's vote.

"They have forced an election that risks Northern Ireland's future and stability and which suits nobody but themselves," she said.

Sinn Fein’s McGuinness stepped down as deputy first minister last week amid a row over a botched energy-saving scheme which could cost the public millions. Under Northern Ireland’s political system, his resignation also effectively removes Foster from her position.

Shortly after her Monday statement, Foster was nominated by her Democratic Unionist Party (DUP) lawmakers as first minister. However, Sinn Fein refused to nominate a deputy first minister, a situation which will spark snap elections straight after a 5 p.m. (GMT) deadline expires.

Sinn Fein lawmaker Michelle O'Neill told a session of the Northern Ireland Assembly in Belfast there would be no nomination from their party for the deputy first minister position.

Brokenshire previously said he would call for an election to return 108 Northern Ireland lawmakers in "a reasonable period of time".