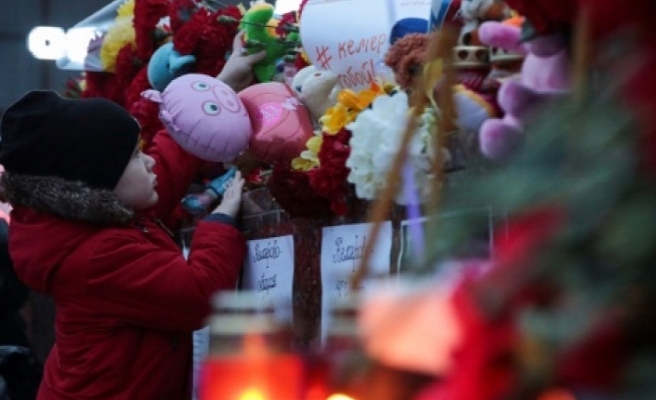 Three toddlers died in a house fire in a village in Bashkortostan, a region south of the Ural mountains, news agency RIA Novosti reported.

The children, a two-year-old and two four-year-olds, were reportedly left home alone, the agency said.

Interfax news agency said two more children died in a house fire on Sunday in the village of Krasny Kut, in the southern Saratov region.

And the Emergency Situations Ministry in Tatarstan, a republic in central Russia, said a toddler and two adults were killed in a house fire on Sunday in Kazan, the main city.

Another two adults died and three children were injured on Sunday when a dormitory caught fire in Peresvet, a town in the Moscow region, RIA Novosti said.

Fire safety rules are often violated in Russia as a result of corruption, with officials often granting building permits in exchange for bribes.

In March, 64 people died -- 41 of them children -- when a shopping centre caught fire in the Siberian city Kemerovo.

Following the tragedy, local prosecutors were ordered to check safety regulations at shopping malls and other cultural and entertainment sites across Russia.