Ukrainian officials say 6 journalists are being held by pro-Russian separatists. 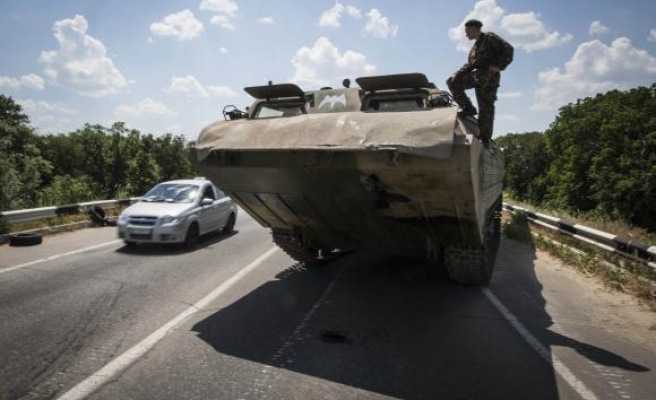 Pro-Russian separatists are holding six journalists hostage among the 500 that have been taken in eastern Ukraine, said an Ukrainian official on Friday.

Markinyan Lubkivski, the advisor to the chairman of Ukraine's Security Service, issued a statement and said the separatists have taken around 500 hostages in eastern Donetsk and Luhansk cities.

"Around 1,000 hostages have been released since the cease-fire agreement between the government and the separatists," said Lubkivski, adding that 508 others were freed in the last three weeks.

Earlier, the two sides blamed each other for violating the cease-fire agreed in the Belarusian capital of Minsk on September 5, aimed at ending the six-month-old conflict which killed more than 2,500 people.

The advisor said negotiations are ongoing between the two parties over mutually freeing the hostages, and the separatists are expected to release a group of Ukrainian citizens soon.

The stalemate in the east has torn the region apart since April, when Kiev launched military operations in the eastern cities to restore government control after separatists declared independence in the region.