"Slovakia has its historical experience with participation of foreign troops. Let us remember the 1968 invasion. Therefore this topic is extraordinarily sensitive to us," he said. 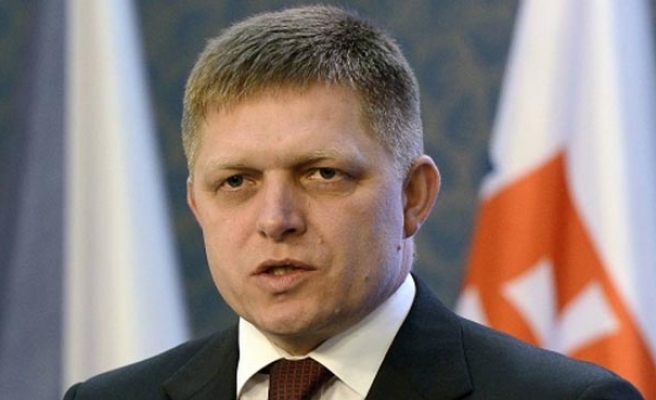 Slovakia joined neighbour the Czech Republic on Wednesday in effectively ruling out hosting NATO units, when Prime Minister Robert Fico said he could not imagine there would be foreign soldiers on its territory.

Fico spoke a day after U.S. President Barack Obama promised to beef up military support for eastern European members of the NATO alliance who fear they could be next in the firing line following Russia's intervention in Ukraine.

The White House also said it would review permanent troop deployments in Europe in light of the Ukraine crisis, though that fell short of a firm commitment to put troops on the ground that Poland and some of its neighbours - but not the Czechs or Slovaks - had sought.

Slovakia, a NATO and European Union member since 2004, has kept warm relations with Russia throughout the crisis under Fico, whose Smer party has an absolute majority in parliament.

"I cannot imagine that there would be foreign soldiers on our territory in the form of some bases," Fico told a news conference broadcast live on television when asked about the Obama plan.

Fico said Slovakia aimed to meet its commitments to NATO despite budget restraints, and that he could see its military training bases being used for exercises by foreign troops, as they have been in the past.

Explaining why Slovaks were sensitive to any foreign troops, Fico cited the Soviet-led invasion of Czechoslovakia in 1968 and the subsequent two decades of Soviet presence in the country, which split into the Czech Republic and Slovakia in 1993.

"Slovakia has its historical experience with participation of foreign troops. Let us remember the 1968 invasion. Therefore this topic is extraordinarily sensitive to us," he said.

Czech Defence Minister Martin Stropnicky caused a political storm in the Czech Republic last month when he used the same example to explain in a Reuters interview why his country was similarly wary of any foreign troop presence.

The Czech parliament approved a resolution following Stropnicky's comments seeking to reassure allies that the Czechs were ready to fulfil their NATO commitments.

Czech Prime Minister Bohuslav Sobotka said on Tuesday in response to Obama's remarks that the Czech Republic was not asking for any foreign troops to be based on its territory and would not call for a raised NATO military presence in Europe.