The parliament in Slovakia last month ruled out contributing 816 million euros ($1.05 billion) to a 110 billion euro bailout fund for Greece. 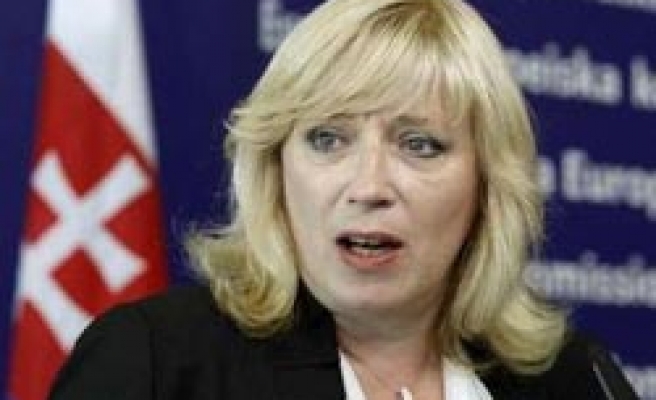 Slovakia faces growing criticism and isolation in the European Union over its decision not to contribute to an aid package for debt-ridden Greece, EU diplomats said on Tuesday.

Several officials said privately during an EU finance ministers' meeting in Brussels that Slovakia could be snubbed by some of the 26 other EU member states because its decision is likely to complicate talks on the bloc's budget, making the rich net payers less willing to grant aid to poorer countries.

The parliament in Slovakia, the poorest of the 16 countries that use the euro, last month ruled out contributing 816 million euros ($1.05 billion) to a 110 billion euro bailout fund for Greece. Deputies said taxpayers in a country that has kept its debt under control should not have to bail out a profligate one.

Slovakia's new right-leaning government opposed taking part in the bailout despite a pledge by the previous administration to support Greece, which secured emergency loans after its budget deficit rose to unsustainable levels.

"Slovakia had agreed to this. The new government in Slovakia has reneged on this agreement. This is not acceptable," Austrian Finance Minister Josef Proell told reporters.

"We will pursue discussions. We want Slovakia to take their responsibilities more seriously in the future."

His criticism of another EU member state was unusually blunt, and diplomats also expressed their concern over Slovakia's decision.

"I am just appalled and shocked that a country can behave like that. It is such a flagrant act of not being united and being responsible for our 'common destiny' in the euro area," said a senior EU diplomat who asked not to be named.

"The political consequence of that is that Slovakia has totally isolated itself and the new government has lost a lot of credibility and goodwill."

The euro zone's 16 finance ministers, who were meeting on the second day of talks on budget reform involving the 27 EU member states, were expected to reduce the total amount available for Greece by the amount Slovakia had been expected to contribute.

Asked whether he felt isolated, Slovak Finance Minister Ivan Miklos told Reuters late on Monday: "No, I don't. At least, not yet."

Many Brussels' officials see the Slovak decision as displaying a lack of solidarity, which is widely regarded as an important principle of the EU.

Jose Manuel Barroso, president of the EU's executive European Commission, said in a speech on Tuesday that solidarity was vital in such a tough economic climate.

EU diplomats say that some rich EU countries may now be less willing to show solidarity in negotiations on the bloc's next long-term budget for 2014-2021.

About one third of the EU's budget, now worth some 130 billion euros ($167.3 billion), is spent on aid to poor regions, mostly in central and eastern Europe, including in Slovakia.

EU Budget Commissioner Janusz Lewandowski, asked whether the Slovak decision would have any impact on budget negotiations, told Reuters: "It will not help."

Another diplomat said: "Slovakia has shot itself in the foot."

"Next time Slovakia comes and wants to call in a favour, people will remember this," a third envoy said.