Slovenia was the fastest growing euro zone member in 2007 but was badly hit a year later by the global financial crisis. 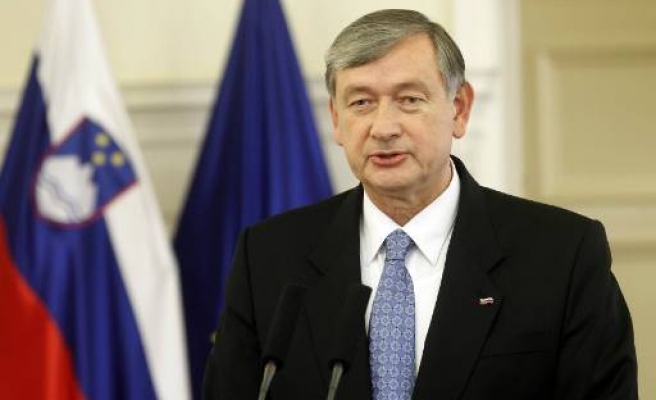 Slovenian Prime Minister Alenka Bratusek said on Tuesday she would remain in her post until early elections which she said she would like to see by July.

Bratusek, whose policies helped stave off an international bailout last year, lost the leadership of her centre-left Positive Slovenia party at the weekend, plunging the euro zone state into political crisis and rattling bond market investors.

"It is fair to give people a chance to say who they want to run the country in the next four years," Bratusek told reporters.

Analysts say elections are likely to hold up key reforms designed to reduce the budget deficit to 4.2 percent of gross domestic product this year, in line with EU demands and down from 14.7 percent in 2013 when the deficit soared due to state injections in local banks.

Bratusek said she would consult with her coalition partners this week and would also see whether any other parliamentary party was willing to propose a new prime minister-designate.

"I will not stand in the way ... If possible, I would like the elections to be held in June or early July," said Bratusek, who has decided to leave her party.

Slovenian President Borut Pahor said he would not exercise his right to nominate a new prime minister-designate.

Slovenia was the fastest growing euro zone member in 2007 but was badly hit a year later by the global financial crisis.

It dodged the need for an international bailout last December by pumping some 3.3 billion euros ($4.6 billion) into its troubled banks and it expects the economy to grow by 0.5 percent this year after two consecutive years of recession.

With its borrowing needs covered for 2014, the tiny ex-Yugoslav republic is unlikely to have to resort to outside help.