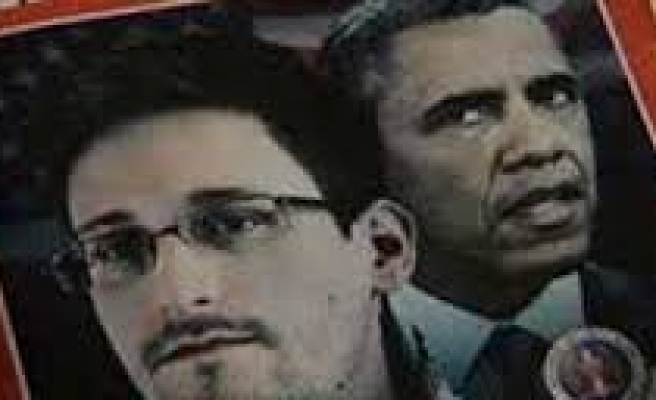 Members of the European Parliament are officially nominating fugitive US leaker Edward Snowden for a prize celebrating freedom of thought, a parliamentary representative said Wednesday.

Snowden is a candidate for the European Parliament’s Sakharov Prize for Freedom of Thought, named after Soviet scientist and dissident Andrei Sakharov, which honors people or organizations for their work in the defense of human rights and freedom of thought. Christian Engstrom, a member of the Swedish Pirate Party who co-nominated Snowden for the award, wrote that Snowden is “paying a heavy personal price” for his “heroic” effort.

“The US government hunts him as an outlaw… Governments that dare to offer him asylum are threatened with dire consequences by the US government,” Engstrom wrote on his personal blog page. “In a painful irony, his only sanctuary is Russia, a country with democratic problems and authoritarian tendencies.”

Snowden, a computer specialist and former employee of the US National Security Agency (NSA), was the focus of international attention over the summer after he leaked classified evidence of US government surveillance programs to the media. He fled to Hong Kong and then to Moscow, where he was granted temporary asylum in Russia in late July despite repeated extradition demands from Washington. Alexander Sidyakin, a lawmaker in the State Duma – the lower house of the Russian parliament – proposed nominating Snowden for a Nobel Peace Prize in July.

“Whistleblowers cannot be treated like criminals. They must have our protection,” the European Parliament’s European United Left/Nordic Green Left faction, which put forth Snowden as a candidate for the Sakharov Prize, said in a statement on its website back in June. “Edward Snowden risked his life to confirm what we had long suspected regarding mass online surveillance, a major scandal of our times. He revealed details of violations of EU data protection law and fundamental rights.”

Laureates of the Sakharov Prize – whose past recipients include anti-apartheid revolutionary and former South African president Nelson Mandela, Chinese dissident Hu Jia, and Reporters Without Borders, a France-based NGO that advocates freedom of the press – receive 50,000 euros.

An official presentation of all the Sakharov Prize candidates will take place September 16. Parliament leaders will announce the winner in October, and the awards ceremony will take place in Strasbourg in December.