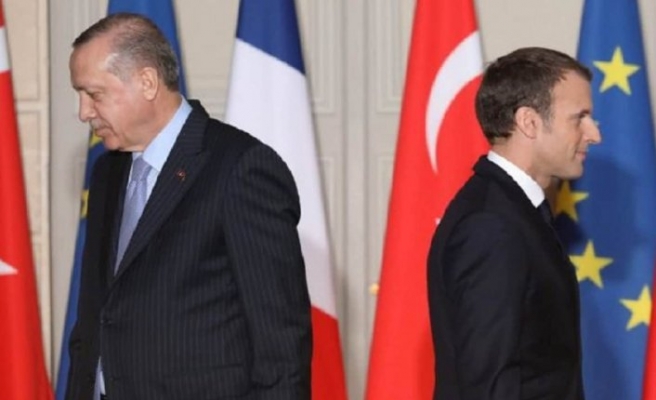 Turkish-French relations date back to the time of Ottoman Sultan Suleiman the Magnificent and France’s King Francis I. During the Ottoman period, relations between the two countries were volatile for a brief period when in 1798-1801 Napoleon occupied Egypt, then an Ottoman territory, and later in 1918 when French forces captured Cilicia during the Franco-Turkish war. Otherwise, relations remained warm between them till the very end of the Ottoman Empire.

Amiability remained intact between France and new Turkish Republic, established in 1923 by the French-speaking military commander Mustafa Kamal Ataturk. The ties continued to flourish as early as the 90s. The good cooperation of the last century could not withstand the new realities and from 2001 onwards bilateral relationship became strained by a number of issues, which included the French Parliament’s position on the Armenian “genocide”, the disagreement over the judicial treatment of PKK militants, the East Mediterranean dispute, and the Syrian and Libyan conflicts. Turkey and France now face a big diplomatic challenge to get their relationship back on track.

France has contributed widely to the discussions on Turkey’s accession to the EU. The French debate on Turkish accession was intensified particularly after the statements of the Former President of France and President of the Convention on the Future of Europe, Valery Giscard d’Estaing. He said in 2002 that “Turkey is not a European country”, and it is part of “another culture, another way of life” and that its accession would mark “the end of Europe”.

In 2004, President Jacques Chirac had promised to conduct a referendum in France for approving Turkey’s EU membership, indicating an opening of French policies towards Turkey. But, it was never conducted as Turkey’s negotiations with the EU remained stalled. In 2007, Chirac’s successor Nicolas Sarkozy, a right-wing politician, offered Turkey a “privileged partnership” instead of EU membership. Meanwhile, in 2017, he stated that Turkey had no place inside the European Union.

Later, France and Turkey’s relationship remained frayed for two years after full diplomatic ties were restored, following a falling out over a law which made it illegal to deny that the killing of  Armenians by Ottoman forces in 1915 was genocide. Sarkozy’s socialist-liberal successor, Francois Hollande, cautiously backed Turkey’s bid to join the European Union. In 2014, his visit to Turkey was the first of any French President in 22 years. Under President Emmanuel Macron, the French policy towards Turkey’s membership in the EU reversed to what it used to be under Sarkozy. He suggested a “partnership” instead of full membership for Turkey.

After the 2011 Arab Spring events, France has struggled to adjust its traditionally realist approach to the region and its problems. In particular, despite an initial turn during the late phase of Sarkozy’s presidency, and the early part of Hollande’s term, France has mostly sought to bolster Middle Eastern governments with “reassurances”: providing its partners with responses to what it perceived as their anxiety in the face of domestic instability, changes in the regional balance of power, and international uncertainties. Cooperation on security, especially against the backdrop of severe terror attacks on French soil, proved a key ingredient cementing relationships. But these dynamics have failed to gain France the influence and even the kind of stability that it aimed for.
Meanwhile, under the ruling AK Party, Turkey charted a fruitful path for its relations with Middle Eastern and North African (MENA) countries. During the 2000s, as Ankara was focused on establishing solid partnerships across the Arab world, Turkey’s relations with Gulf Cooperation Council (GCC) member states also improved significantly.

The defining moment for Ankara’s Gulf foreign policy proved to be the Qatar crisis as it unfolded through May and June of 2017. Despite Turkey’s efforts to help the Gulf States overcome their rift, the dispute pitted Doha and Ankara on one side, against Riyadh, Abu Dhabi and Cairo on the other. At a time when power of the western bloc in the Middle East is declining, Turkey has established itself as a pillar of the new security landscape in the Middle East and North Africa.

For Turkey, the relations with Syria are viewed through the prism of democratic transition in Damascus and preventing the PKK/YPG-led terror corridor in north-eastern Syria. So when some US troops pulled out of northern Syria, Turkey moved in, pledging to remove the PKK/YPG terror group and create a safe zone to repatriate some of 3.7 million Syrian refugees on its soil. Turkey and Russia subsequently agreed to take joint control of the border area. However, the American military withdrawal leaves the way open for Turkey to move into YPG-held territories, thus placing French troops between a rock and a hard place.

In Libya, where Turkey deployed its troops to support the UN-recognised Government of National Accord (GNA),  France is accused of playing both the sides — while recognising the GNA government in Tripoli, it has also stalled the United Nations Security Council’s move to denounce warlord Khalifa Haftar’s aggression. Libyan Prime Minister Fayez al-Sarraj has openly blamed France for Haftar’s offensive to capture capital Tripoli. France is one of the most important supporters of Haftar along with Russia, Egypt and Abu Dhabi.

Despite the serious ceasefire violations by Haftar’s forces around capital Tripoli, the French leader received the warlord in Paris, on March 9, in an attempt  to show full political and military support to Haftar.  The French foreign minister Le Drian, on his interview with Le Monde, on April 20, made critical comments on the Turkey’s purchase of Russian S-400 air defence system and to its military actions in Syria and Libya. Turkey responded angrily to the French criticism, which further spoiled the relation between Ankara and Paris.

France is also ready to join East Med Gas Forum (EMGF) in which Turkey and Turkish Cyprus have deliberately been left out. Anticipating exclusion from EMGF, Turkey signed Maritime deal and Military pact in November with the GNA in Tripoli, which had infuriated France.

In spite of the cordial historical relationships and good trade statistics, the divergence of interests is taking both the countries in different directions. The Middle East and North Africa region holds a special place in France’s foreign policy. The region has shaped for over 200 years the global ambitions of France, which has strong political ties, close economic relations, and a major military presence throughout the MENA region.

Now, the new assertive Turkey is changing the rules of international engagement in the MENA region, East Med, Black Sea, and the Balkans. France has not met in the last many decades the type of challenge  that it is facing from Turkey in recent years. Turkey’s proactive foreign policy, coupled with the persuasion of soft power and the projection of hard power, has baffled French leaders. France, along with some other NATO members, will have to adapt to the new realities of Turkey’s role in the emerging world order, otherwise the friction between Ankara and Paris will continue to intensify.

(The writer is a political analyst, who follows geopolitical and security trends in the greater Middle East with a particular focus on Turkey, Iran, Pakistan, Egypt and the GCC. He has written for various platforms and his work has also been translated into French, Spanish, Arabic, Turkish, Albanian, Thai and Bahasa Indonesia). 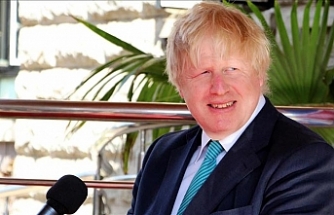