"We regret this fact ... the procedure was not appropriate and bothered the president (Morales), putting him in a difficult situation," Vázquez said. 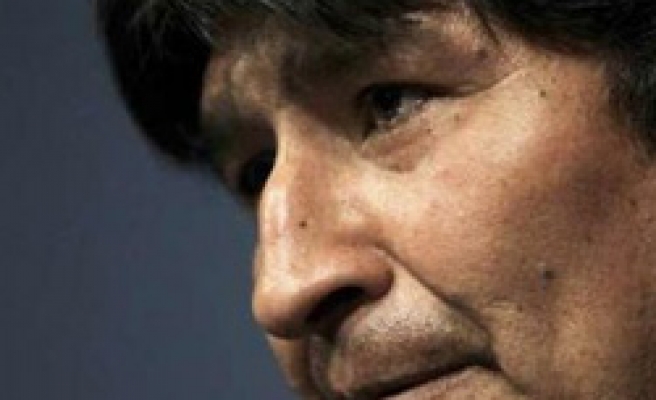 Spain apologized on Monday for its part in the events that led Bolivian President Evo Morales' plane to be delayed earlier this month during an international search for U.S. fugitive Edward Snowden.

Bolivia has accused Spain, France, Portugal and Italy of closing their skies to Morales' plane, which was searched at the airport in Vienna on July 3, after being told it was carrying the former U.S. spy agency contractor from Moscow to Bolivia.

"We recognize publicly that perhaps the procedures used in the Vienna airport by our representative were not the most effective," Spain's ambassador to Bolivia, Angel Vázquez, told journalists after dropping the letter off at Bolivia's Foreign Ministry.

"We regret this fact ... the procedure was not appropriate and bothered the president (Morales), putting him in a difficult situation," Vázquez said.

Spain's Foreign Minister Jose Manuel Garcia-Margallo said last week that the country was ready to apologize to Bolivia for inconveniencing Morales, but denied it had closed its airspace to his flight.

Spain is keen to maintain historical ties to South America, a growing export market, and has renewed efforts to nurture relationships with Latin America after expropriations last year by Bolivia and Argentinahit Spanish companies.

The unusual treatment of the Bolivian leader touched a sensitive nerve in Latin America, which has a history of U.S.-backed coups, and Venezuela, Nicaragua and Bolivia offered Snowden asylum.

U.S. President Barack Obama has said any country that gives Snowden shelter would face serious repercussions. Snowden has been holed up at Moscow's Sheremetyevo International Airport since June 23, when he landed in Russia from Hong Kong.

Russian President Vladimir Putin said on Monday he wanted Snowden to leave, but also signaled that the American was moving towards meeting Russia's asylum conditions.