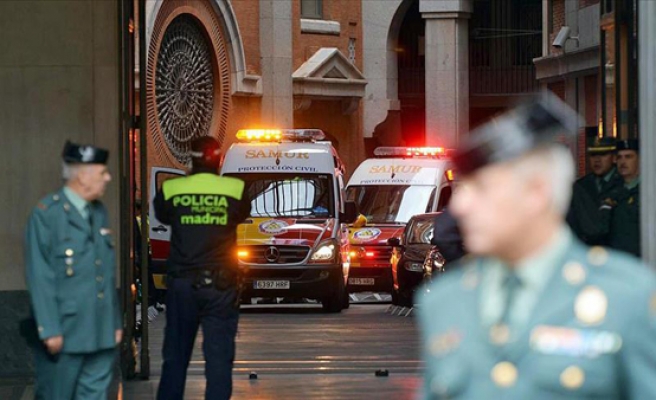 Spanish police raided the Madrid offices of the Industrial and Commercial Bank of China (ICBC) Wednesday, as part of a major investigation into money laundering and tax fraud.

The raid also led to the arrest of five executives of the bank, including the director of the Madrid branch.

During the bust, police searched for evidence that the bank, one of the largest in the world, helped organized crime rings transfer as much as €300 million ($333 million) from Spain to China, local media reported.

In an official statement police said: “The investigations found how, through the Madrid branch of ICBC, money was introduced into the financial circuit, whose origins were from supposed crimes such as smuggling, crimes against the treasury (tax fraud), and crimes against workers’ rights, in a way that allowed the money to be transferred to China with the appearance that it was legal.”

The ICBC is suspected of sending illicit money to China, without checking its origins, as required by Spanish law.

Wednesday’s raid is linked to Operation Snake, which lead to the arrest of 30 people in May 2015.

The investigation focused on how a suspected Chinese organized-crime group avoided paying taxes on a huge amount of goods imported from China that were later sold cheaply throughout Spain.

The group that was broken up in May is suspected of having laundered “an amount known to be, as of this moment, €40 million,” through the Madrid branch of the ICBC, Spanish police said.

A source close to the investigation told Spanish daily El Mundo that there is a criminal structure in the Madrid branch of the giant bank, which is dedicated to laundering money.

The ICBC is one of the world’s largest and most profitable banks. It opened in Spain in 2011 as part of its expansion into new markets in Europe. At the end of last year, the ICBC reported that foreign operations made up approximately 10 percent of its total assets.