A landmark intervention has rejected the Catholic church claim of ownership over the historic building. 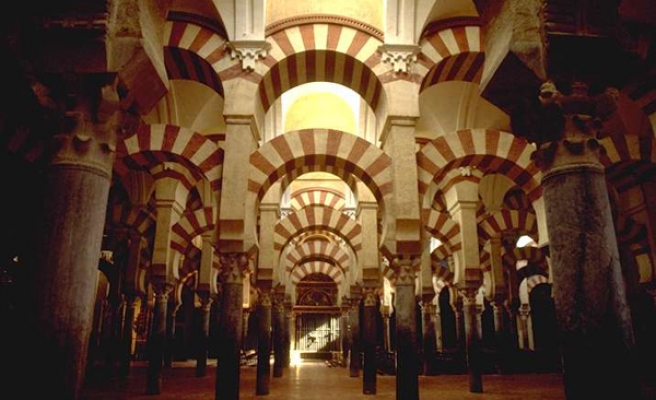 Local authorities in Córdoba have dealt a blow to the Catholic church’s claim of legal ownership of the Spanish city’s mosque-cathedral, declaring that “religious consecration is not the way to acquire property” reports The Guaridan

The report, drawn up by the city council’s secretary general, Valeriano Lavela, brings a significant intervention in a long-running dispute over the building, which lies on the site of a Visigothic Christian church built that in the early 9th century and was given to the local bishop by Fernando III in 1236 when the city fell to Christian forces.

Lavela writes that the acquisition has no legal basis and cannot confer ownership. This, he adds, is not just because the site has since 1984 been a Unesco world heritage site “of exceptional universal value” and noone can claim ownership..

Citing Roman law, Lavela argues that the site’s true owners “are each and every citizen of the world from whatever epoch and regardless of people, nation, culture or race”.

The church has not yet responded to the report.

While mass is held in the building, the local bishop has banned Muslims from praying there. In 2010 fighting broke out when a group of Muslim visitors from Austria knelt to pray.

After the Islamic conquest of the Visigothic kingdom, the building was divided between the Muslims and Christians. The mosque was completely rebuilt by the descendants of the exiled Umayyads—the first Islamic dynasty who had originally ruled from their capital Damascus (in present-day Syria) from 661 until 750.

The structure is regarded as one of the most accomplished monuments of Moorish architecture with the delicate red and white stone arches giving the feel that one is in a forest.

The 23,400 sq metre mosque occupies an area equivalent to three football pitches and boasts 1,300 columns and more than 300 yellow and red horseshoe arches. There are only three larger mosques in the world – at the holy city of Mecca in Saudi Arabia, the Turkish capital Istanbul, and the Moroccan port city of Casablanca.