ETA announced a unilateral ceasefire in 2011, suspending four decades of attacks in which more than 800 people died. 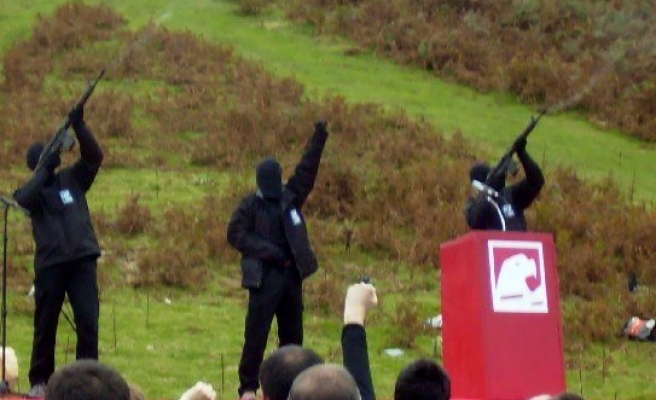 Armed Basque separatist group ETA on Saturday pledged to give up all its weapons but warned the government that any attack or obstacle could impact negatively on the disarmament process.

The announcement comes only days after the work of an international commission which is monitoring the disarmament and ceasefire was thrown into doubt after it acknowledged ETA had kept some weapons and explosives that were said to have been sealed and put beyond operational use.

ETA announced a unilateral ceasefire in 2011, suspending four decades of attacks in which more than 800 people died.

The group wants talks on moving hundreds of prisoners who are in jail across Spain to the Basque region in return for dismantling its military structure and turning in its weapons, but the government has rejected the offer.

"The process of sealing the arsenals has started and the commitment of ETA is to carry it out until it is complete, until the last arsenal," the group said in a statement dated Feb. 24 and published on Saturday by Basque newspaper Naiz.

ETA said it had also agreed on a new method for disarmament which includes handing over to the monitors the arms and explosives that are being put beyond use.

It however warned that it was a difficult process that not only depended on the group's and the monitors' goodwill but also on the Spanish authorities.

"The attacks and obstacles can seriously affect the viability of the disarmament process," it said in the statement.

Senior members of the government and the ruling People's Party last week said that the monitors were serving ETA's interests and their work was "a lie".

The centre-right government of Mariano Rajoy has repeatedly demanded ETA, which has been significantly weakened in recent years by hundreds of arrests and flagging support in the region, dissolve without pre-conditions.