The two paternity suits were dismissed because of Juan Carlos's immunity as monarch, but one is under appeal. 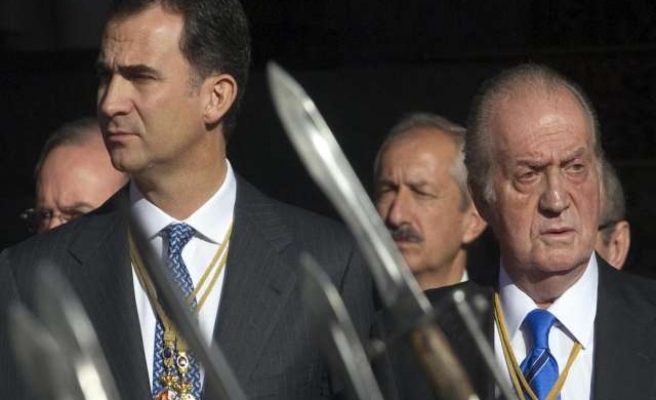 Spain's parliament passed a law on Thursday protecting former King Juan Carlos from lawsuits in Spanish civil and criminal courts, including two paternity suits filed in 2012 and 2013, to stem further damage to the monarchy's battered prestige.

The special legislation to protect Juan Carlos, who abdicated on June 2 in favour of his son Felipe, passed thanks to the majority held in parliament by the ruling centre-right People's Party (PP). No other parties backed the measure.

The two paternity suits were dismissed because of Juan Carlos's immunity as monarch, but one is under appeal. A Spanish national, Alberto Sola Jimenez, and a Belgian national, Ingrid Jeanne Satiau, both claim to be his children, according to Spanish media.

Under the legislation passed on Thursday, Juan Carlos will only answer to the Supreme Court, Spain's tribunal of last resort. Similar protection is afforded to high-ranking civil servants and people in political office in Spain.

Without the legislation, the cases could have been brought in ordinary courts.

King Felipe VI, 46, was sworn in last week in a succession widely seen as an attempt to recoup public favour for the Spanish monarchy in the wake of several scandals.

A Spanish court on Wednesday said it had formalised charges of tax fraud and money laundering against Felipe's sister Cristina de Borbon and her husband Inaki Urdangarin in one of the last steps before a trial.

Felipe's image is cleaner. But polls show Spaniards are worried about the nation's problems, and the current mood is one of distrust of the powerful as the nation suffers the consequences of a long economic crisis and political corruption cases pile up in courts.

The former treasurer of the ruling party is in preventive custody, having admitted to channelling millions of euros of cash donations from construction magnates into the pockets of party leaders.

Anti-establishment parties such as Podemos won a surprisingly large number of votes in recent European elections, reflecting unhappiness with the status quo.