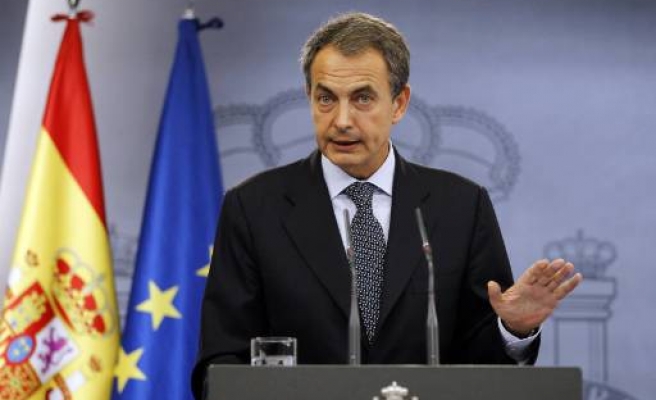 "I believe the moment has arrived to announce a general election ... which will be held on November 20," Zapatero told a news conference on Friday.

Political commentators had widely speculated that the Socialists could take advantage of improved poll ratings and an uptick in summer employment data to call an early election.

The conservative opposition under Mariano Rajoy is widely expected to win the vote, but analysts say the only question is by what margin.

Spanish debt has been in the firing line in financial markets on the heels of a review for a possible downgrade from credit rating agency Moody's, which cited weak growth and out of control regional spending as key challenges for the euro zone's fourth largest economy.

"I'm not convinced an election alone, even if it creates a fairly stable new government, will calm down markets. What we've seen in the last 18 months is that there are events that have a short-term impact on the markets," said David Bach, an economist at IE business school.

"The markets will probably respond positively initially until they realise there might not be an alternative plan as people had hoped for."

Unpopular Zapatero has been considered a weak leader since he decided not to run again earlier this year, and the Socialists badly lost a May regional election.

A survey by the Centre of Socialogical Investigations conducted July 4 to 11 gave the Socialists, lead by Rubalcaba, had an approval rating of 36 percent compared to the Popular Party's 43.1 percent.

The poll results showed the Socialists had narrowed the PP's lead by 3 percentage points from the previous poll in April and since Rubalcaba announced he would run for the prime minister post.

According to the poll, 81.5 of those surveyed had little of no confidence in Zapatero.