Rajoy said the government would instead look to modify Spain's abortion law so that young women of 16 and 17 could not terminate a pregnancy without their parents' consent. 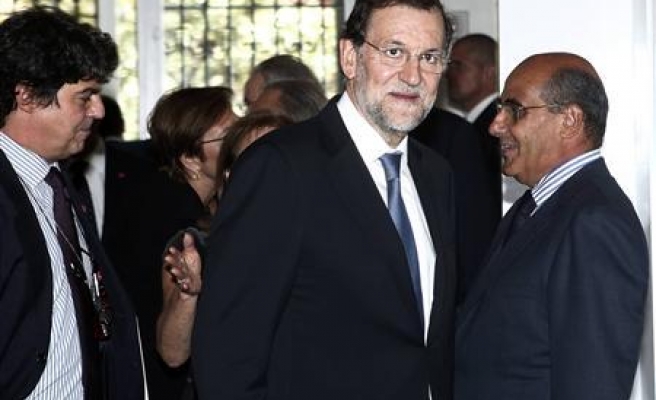 Spanish Prime Minister Mariano Rajoy on Tuesday withdrew a change of an abortion law that would have made Spain one of the most difficult countries in Europe to terminate an unwanted pregnancy.

The bill had proposed allowing abortion only in the case of rape or if the pregnancy posed a serious health risk to the mother, and had deeply divided the centre-right People's Party (PP) as well as being unpopular with the electorate.

"As president of the government, I have taken the most sensible decision," Rajoy told reporters at a conference in Madrid, without explicitly saying the bill had been scrapped.

A spokeswoman for the prime minister's office later confirmed it had been withdrawn.

Rajoy said the government would instead look to modify Spain's abortion law so that young women of 16 and 17 could not terminate a pregnancy without their parents' consent and it would take measures to support families by the end of the year.

Spain is a Catholic country, although most Spaniards do not regularly attend church.

The ruling PP had promised abortion reform in its 2011 campaign, but the bill announced last year triggered anger from womens' groups and huge street protests.

Polls showed most Spaniards rejected it.

Abortion was a subject that stirred up great differences of opinion, Rajoy said and the government had done all it could to reach consensus.

The PP has an absolute majority in parliament, allowing to pass laws without the support of other parties, but this proposed reform had stirred dissent amongst its own members.

"We will continue to look for ways to reach the widest consensus," said Rajoy. "We cannot have a law that will change within the first 30 seconds of a new government entering power."

The previous Socialist government changed the abortion law in 2010, allowing women to terminate unwanted pregnancies on demand within 14 weeks, or up to 22 weeks in cases of severe abnormalities, putting Spain in line with most of Western Europe.

Abortion was first decriminalized in Spain in 1985 in the cases of a malformed foetuses, rape or potential mental or physical damage to the mother.

Most European countries offer abortion on request, according to the World Health Organisation (WHO), with 88 percent allowing the termination of pregnancies if the foetus is thought to be impaired or in cases of rape or incest.