The leader of Spain’s Socialists has failed to win the confidence of parliament to become prime minister. 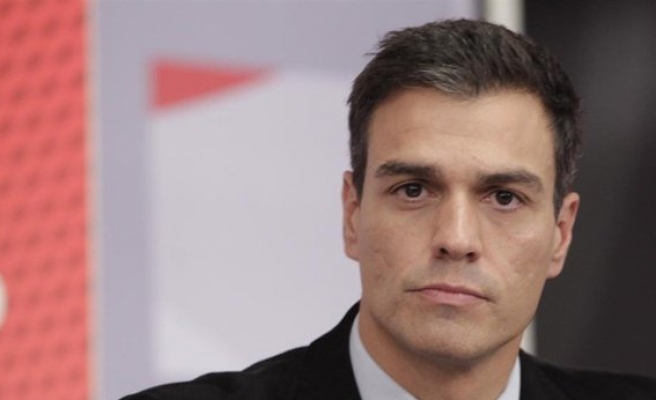 Spanish lawmakers on Friday voted down a bid by Socialist chief Pedro Sanchez to form a coalition government with centre-right Ciudadanos, leaving the country's parties with just two months to find an alternative to avoid fresh elections.

Sanchez's proposal was defeated with 219 votes against and 131 in favour, with only his own party, Ciudadanos and a tiny party from the Canary Islands voting in favour.

His first attempt to win approval on Wednesday also fell well short of the mark after an acrimonious debate in parliament that highlighted the country's political divisions.

It is the first time that a candidate for prime minister has lost both confidence votes since Spain returned to democracy following the death of dictator General Francisco Franco in 1975.

Spain has been governed by a caretaker government since a December 20 election which resulted in a hung parliament divided among four main parties -- none of which won enough seats to govern alone.

Parties now have until May 2 to negotiate an alternative power-sharing agreement. If they fail, new elections will be called, most likely on June 26.

Rajoy gave up trying to form a government after he failed to win support from other parties fed up with years of crisis and corruption scandals.

So King Felipe VI asked runner-up Sanchez, whose Socialists scored their worst result in history, to form a government.

After weeks of negotiations, he sealed a deal last week with upstart centre-right party Ciudadanos.

But both the PP and new far-left party Podemos, led by pony-tailed university professor Pablo Iglesias, which has 65 seats, voted against Sanchez.

"I am going to keep working until I achieve this majority which our country needs," Sanchez told reporters after the vote.

"Today Mr Iglesias has betrayed the millions of voters who voted for change and he is the only one who ultimately is responsible for Rajoy continuing to be head of the government," Sanchez added.

Rajoy bitterly dismissed the Socialist pact with Ciudadanos as "theatre" since he had not shored up the support he needed to rule anyway.

Spain has struggled to form a government because it "lacks a tradition" of coalition building, said political scientist Anton Losada of the University of Santiago de Compostela.

"Either there is a transversal government or we are heading towards elections," he told AFP.

For the past three decades, Spain has been ruled by either the PP or the Socialists.

Fresh elections would leave Spain with an acting government with limited powers for several more months just as the country emerges from a severe economic crisis.

Spain also faces an independence threat in the wealthy northeastern region of Catalonia which is governed by a coalition of separatist parties.

Rajoy, who wants to remain in power at the head of a "grand coalition" made up of his PP, the Socialists and Ciudadanos that will defend national unity and budget stability, has made it known that he plans to call Sanchez on Monday to try to reach a deal.

Anti-austerity Podemos has said it is ready for talks with the Socialists if they drop their agreement with Ciudadanos, which it sees as too economically liberal.

Podemos' number two, Inigo Errejon, said before the vote that it was still possible to form a coalition government of the left, with the support or abstention of small regional Basque and Catalan separatist parties.

"We have to reset the counters and start over with a clean slate, " he said.